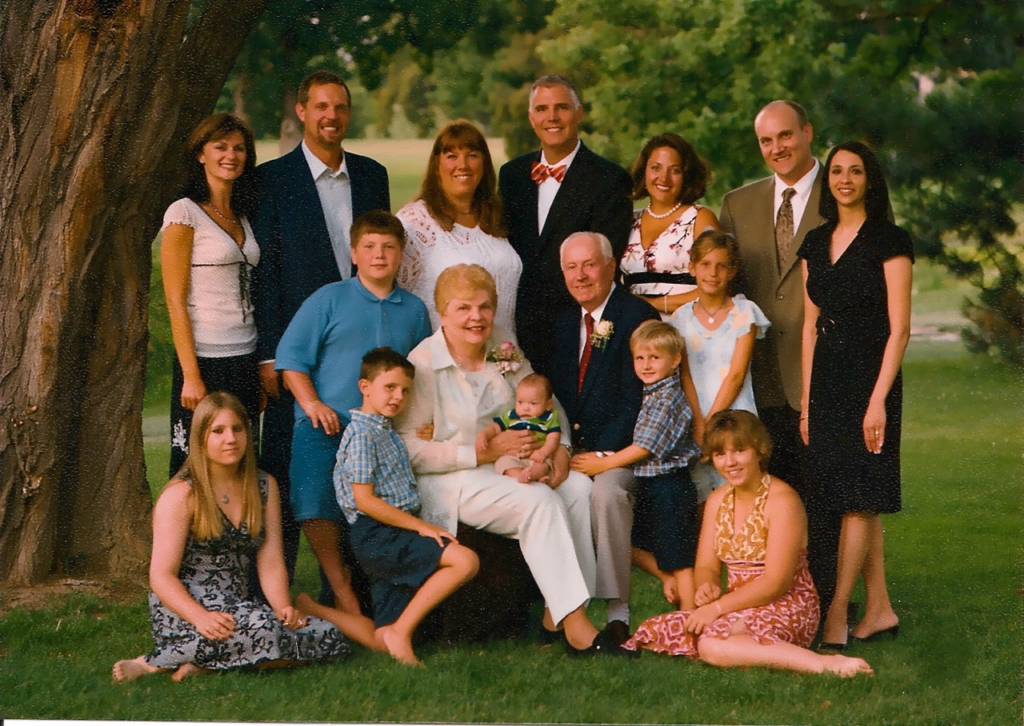 When Jerry Janes walked through the doors of The Cradle in May 1994, for the first time since his placement 27 years earlier, he instantly felt a sense of recognition—like he’d been there before.

“The pine closets. The smell. I know I was only a few weeks old [when I was placed], but it was a very strong experience—I knew I’d been there before,” he says.

Jerry, who was raised in a closed adoption, had come back to meet his birth mother.

His parents, John and Sharon Janes, first came to The Cradle in 1966 to adopt Jerry’s older sister, Mary Ann. A year later they returned to adopt Jerry, who had spent two months in the Nursery. Sharon and John were always open with Jerry about his adoption, but there was very little information about his birth parents.

After Mary Ann reconnected with her birth family in 1994, she encouraged Jerry to search for his birth family, too.

Jerry discovered a document with his birth mother’s name on it, and decided to reach out to The Cradle to see if he could find her.

Within an hour of calling The Cradle, Jerry had shared his story and his birth mother’s name, and was faced with the decision of whether or not he would like to meet her.

After giving his birth mother’s name, the Cradle counselor he spoke to was able to locate her within The Cradle’s mutual consent registry, where birth mothers or adopted children could leave their information to be released if the other ever decided to connect. Jerry’s birth mother had up-to-date information in her file, allowing for their reunion to occur so quickly.

“It progressed really quickly,” he remembers. “Butterflies in my stomach is an understatement.”

Through a Cradle counselor, Jerry and his birth mom made plans to meet the following weekend at The Cradle. When he arrived that Saturday morning,  he was overwhelmed with emotion but also a sense of comfort.  After taking a tour of The Cradle, he waited for his birth mother to arrive.

“The few minutes I waited to be introduced to my birth mother were extraordinary. I cannot explain it to this day, but I felt completely at peace, home, in a strange way,” he says.

When she arrived, it was as if the world paused for the two of them.

“I wouldn’t let go of her. Physically, I didn’t let go,” Jerry says. “I didn’t recognize her visually, but when she spoke to me, it resonated deep down inside.”

The two went for coffee and talked for three hours, catching up on the past 27 years of their lives.

“I could not withdraw from that woman,” Jerry says. “It was so difficult to part with her that day.”

A few weeks later, his birth mother came to visit the home where he was raised.

“I wanted her to see where I grew up and to know she made a good decision,” Jerry says. “This was the proof.”

The two eventually fell out of contact after plans to see each other again repeatedly fell through. Despite this, Jerry never blamed her.

“I am glad she made the decision to place me for adoption for many reasons. My struggles don’t compare to her struggles,” Jerry says. “She’s probably wrestling with this much more than I am, and I have to give her space.”

Now happily married, Jerry lives in Nebraska with his family, and hopes to one day reconnect with his birth mother and introduce her to his son, João Pedro.

“I owe The Cradle my life,” he says. “I’m so happy that things turned out the way they did for me.”