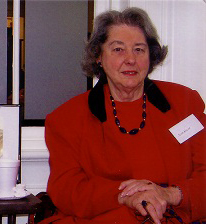 I gave birth to Laura Helen in 1951. At the time, I was an unwed, college-aged woman, and parenting my child just wouldn’t have been accepted. Open adoption wasn’t an option yet either.

After I placed her, I thought I’d be intruding if I tried to find her too soon. So I just went about my life – I transferred schools, graduated with my class, married, had three children and later divorced. Then in 1953, I found a lump in my breast. I had two tumors removed, and luckily they were both benign. But in 2008, another lump developed in my left breast. This time it was cancer, though I am now clear after radiation. Other members of my family had died from Parkinson’s disease and cancer, and I knew my daughter needed to know her medical history.

So I started searching for her. Little did I know, after Laura’s mother died she decided she wanted to meet her birth parents, and she began searching for me as well. She went to The Cradle, and The Cradle sent a message to my parents’ house, where my daughter and her family were living. They contacted me, and then, at the age of 77, I talked to my daughter for the first time.

I imparted all my medical knowledge, but of course the conversation didn’t end there. We talked on the phone repeatedly, and I filled her in on the rest of the family history. It turned out her adoptive father had died when she was 7, so she was just amazed to discover that she now had so much family. She and my kids get along beautifully, and they text and email each other all the time. My children are particularly delighted to have another sister because I raised two boys and just one girl. Now, we have another girl. Additionally, my three children had four granddaughters and just one grandson. And that lone grandson was thrilled to learn that Laura has three sons.

In September we had a family party so Laura could meet everyone. My sister-in-law’s name is Helen, and her daughter’s name is Laura, so Laura and Helen were able to finally meet Laura Helen. Beyond the names, it turns out Laura shares much in common with our family. My mother was a photographer and later an oil painter, and her adoptive parents were painters as well. I went to Arizona State University, and so did her brother. But our biggest connection is a joint passion for photography and nature study. My parents were photographers from the 20’s and my mother taught children about birds, wild flowers, butterflies, moths and stars. I have been a photographer since 6th grade. Arts and crafts have drawn me to pencil drawing and watercolor. Laura has taught science in grade and high schools and been a black and white photographer since high school. When my children were young, we raised 21 caterpillars in our living room and photographed their entire life cycle. I put together a CD in 40 slides, and when Laura and I met I gave a copy to her.

Of course, we took more photos at the family reunion. Unfortunately, the lighting ruined the family portrait, so when I sent out Christmas cards this year I had to get creative. I cut Laura and her husband out of a photo and added them to the photo of my immediate family. Then I wrote up the whole story – how Laura found us, and how she’s a part of our family – in the Christmas letter. She might not have been in the original picture, but she’s in our life now, and she’s here to stay. Everyone should know that.

Next August we hope to celebrate my 80th and Laura’s 60th birthdays together.