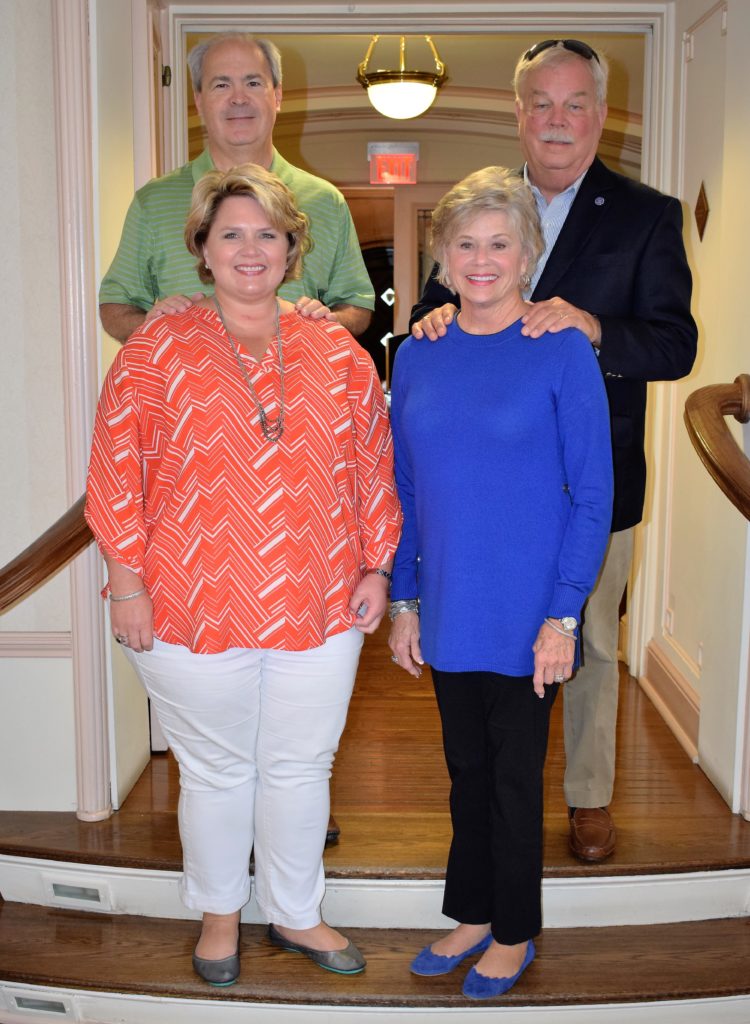 Hart and Jeff Payne, left; Mary Hart and Philip Wilheit, right, at The Cradle on August 31, 2016

One word stands out in Mary Hart Wilheit’s Nursery record from 1945: “Hungry!” It is written over and over again. “I must have been a very hungry baby,” she said with a laugh during a visit to The Cradle this summer – her first in over 50 years.

Mary Hart had returned once during college in the 1960s, before getting married and settling in Gainesville, Georgia. In 1997 she contacted Post Adoption Services and received a background report, as well as a detailed record of her three-month stay in The Cradle Nursery before going home with Mildred and Jack Keys of Greenville, South Carolina. Her parents had adopted her older brother, John, in 1943, traveling by train both times to pick up their children.

Mildred told Mary Hart about being ushered into a room at The Cradle where the baby would be waiting, nestled in an old-fashioned bassinet. “Adoption has been a part of my life for as long as I can remember,” she says. “I was always told that I was very special.” Growing up in Greenville she had a friend and fellow Girl Scout named Sunny, who was also a Cradle baby.

On this visit, Mary Hart was accompanied by her husband, Philip, along with her daughter, Hart, and son-in-law, Jeff. The two women got teary as Mary Hart shared the story of adopting Hart as a newborn in a private adoption. “After trying for five years to start a family,” she recounted, “Hart dropped out of heaven. She is such a gift.” And five years after welcoming their daughter, Mary Hart and Philip had a biological son, Philip, Jr., who today works with his dad in the family’s packaging business.

The Wilheits are very philanthropic and civically engaged, supporting a number of organizations including The Cradle. When asked why she has chosen to give back, Mary Hart replied, “The Cradle has always been in my heart. I want other babies to have the same opportunities that I did. There’s nothing else like it.”