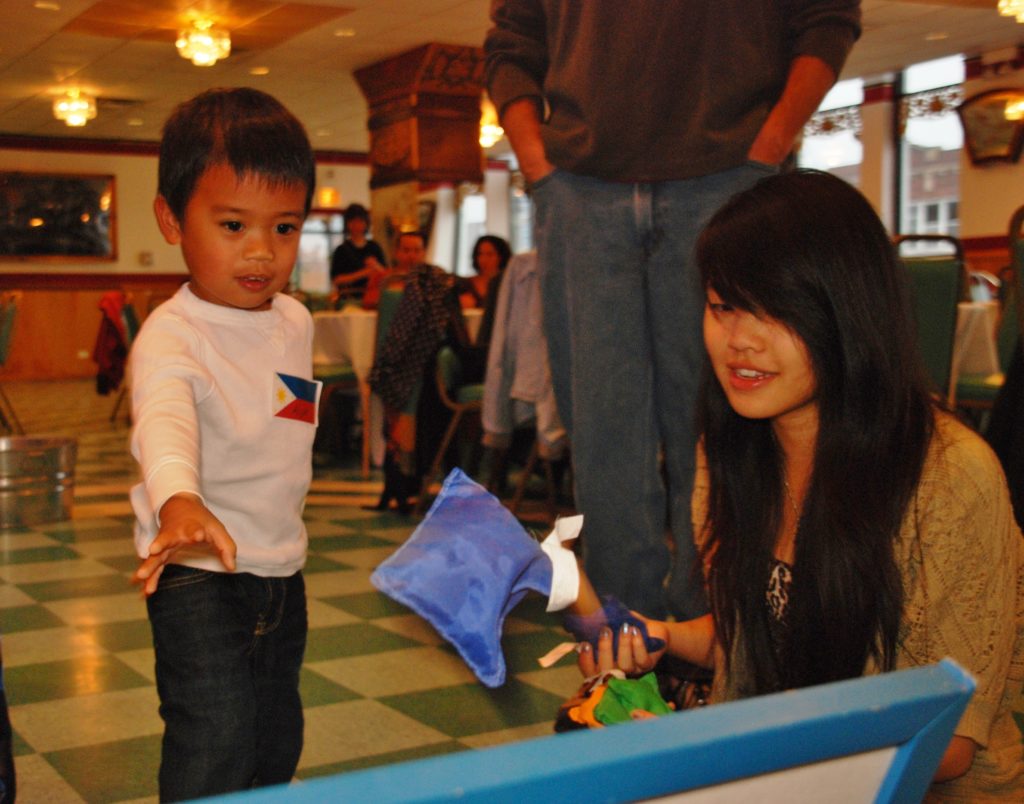 Published January 2014
By The Cradle Staff

It was a hot day in the Philippines, just like any other, but Monica Williams’s hands were cold and clammy. After a year and a half of classes, paperwork and waiting, she and her husband Jeff were going to have a beautiful child of their own to take home to Chicago. The look of shock on her face mirrored her thoughts: it was all so surreal.

Monica and Jeff hadn’t followed the typical formula. They went about their life together somewhat backwards, first buying a house, then going on their honeymoon and finally getting married. After the wedding, the two barely took a breath before they began to think about children. “Jeff and I really wanted a family to share our lives with,” says Monica. Adoption seemed like the natural choice to them, as did adopting from the Philippines. Monica is half Filipino, and she and Jeff both shared an interest in learning as much as they could about the culture. The Cradle also appealed to them from the start. “We had a Cradle family connection through my side of the family,” says Jeff. “There was also overwhelmingly good feedback from the community as a whole. It was the obvious place to go.” These decisions made, they eagerly took their first step.

Unfortunately they were a bit too eager, attending a Cradle information meeting before the mandatory year of marriage had passed. But as Monica says, “Everything happens for a reason.” The first time Monica and Jeff had looked into adopting from the Philippines, it required an extended wait. By the time they returned to The Cradle after being married a year, however, the restrictions had loosened. The couple was one step closer to their son.

Monica and Jeff worked with The Cradle to complete their pre-adoptive classes and home study, and in turn, The Cradle worked with an agency in Boston that facilitated the international adoption. As Monica explains, “The Cradle has such good working relationships with other agencies. They guided us through the whole process, and we never had to overthink anything. We could put our trust in our counselor completely.”

In October of 2010, Jeff received the news that they had been matched with Aljur, an adorable one-year-old boy living in a Filipino orphanage. Both he and Monica were traveling, so the only communication he could get through to his wife was a text. “It was wonderful, absolutely wonderful news,” Monica says. There is a picture of the text Jeff sent Monica in their family album. Six months later, the Williamses were in the Philippines, ready to meet their son.

When Aljur was brought to them in the arms of his caregiver at the orphanage, she was in tears. “That’s when it hit me, how much he was loved there,” says Monica. Everything about that moment sticks in their memories. “Monica was playing with Aljur, and then he reached up so I could pick him up for the first time,” remembers Jeff. “He had this gigantic smile. It was a ‘light up the room’ kind of smile. That moment I felt as excited and emotional as I have ever been.”

The couple spent the rest of the day touring the orphanage. Aljur’s caretakers had taped up pictures of Monica, Jeff and their extended family in his crib, so he could see them as he fell asleep each night. One photograph of Monica and Jeff was especially worn. “It was the picture he slept with every night,” explains Jeff. “That’s what he would think about as we were on our way.” That picture, along with monthly photos of Aljur taken by the orphanage and the hair saved by Aljur’s caretakers after his first haircut, are part of the family album as well.

The only hiccup came after the new family returned to the states. For two weeks, Aljur had difficulty sleeping due to extreme jetlag. But otherwise, everything was perfect. Monica and Jeff welcomed their new son home, happily relishing this beloved addition to their family.

Aljur is now a bright and energetic four-year-old who cracks his parents up on a regular basis. “I just laugh all the time!” exclaims Monica. Aljur loves visiting the zoo with his dad, eating bakery cookies with his mom and making crafts at The Cradle’s Autumn Moon Festival. He is also a natural traveler, taking in new sights with wonder and excitement alongside his parents. Monica and Jeff look forward to taking him to the Philippines as soon as next year so he can have that connection with his birthplace and his heritage.

“I could talk all day about how wonderful my family is and how much Aljur is loved,” Monica gushes. “Sometimes I can’t believe how lucky we got.”