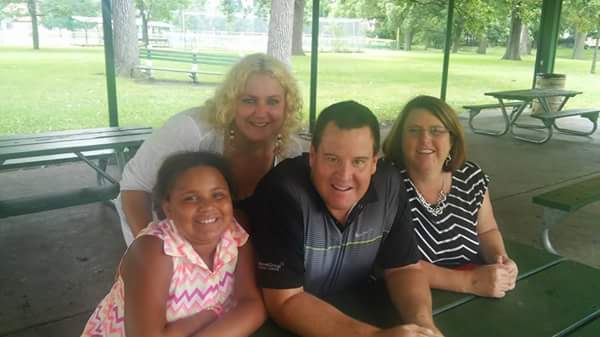 Meghan was just 16 years old when she found out she was pregnant. Like most women who are faced with an unplanned pregnancy, Meghan was scared. She also felt like she had few choices. Opposed to abortion, and feeling unsupported by her family, Meghan felt she was left with just two options: living on her own with a newborn or placing the baby for adoption. Being a teenager and having no means to support herself, Meghan choose the latter.

She began looking into adoption agencies and started with an agency where she didn’t feel fully informed about the adoption process or open adoption. After not succeeding in finding an adoptive family there, Meghan came to The Cradle. She learned about how, in an open adoption relationship, she would be able to watch her daughter grow and help decide how the relationship would progress over the years. Already feeling like she had little control because of her age, an adoption relationship where she could be an equal participant appealed to Meghan.

While looking through waiting family profiles, Kim and Doug jumped out at Meghan.

“They were realistic, very lifelike. They weren’t trying to sell themselves to me,” Meghan says. “They were like family.”

The three had a match meeting and talked about everything, such as what Meghan wanted from the relationship, what Kim and Doug wanted out of the relationship, whether Meghan wanted to name the baby, and more. The couple lived near Indianapolis, a distance Meghan was comfortable with. Being five hours away, she felt, would be close enough so that she could visit her daughter from time to time, but not too close. Meghan got a true sense of caring from the couple, and it was then that she knew they were right for her daughter. Together, they agreed that Meghan would name the baby. She decided on MacKenzie, and that MacKenzie would call her madre – the Italian word for mother.

Following the meeting, Kim and Doug made multiple visits to Chicago and exchanged frequent phone calls with Meghan. When Meghan went into labor, Kim and Doug were the first ones to arrive at the hospital. MacKenzie was born on October 2, 2005. Feeling initially uncertain about her adoption decision, Meghan brought MacKenzie home. A few days later, however, she decided to move forward with the placement.

“I wanted what was best for her,” Meghan says.  “If she could have a better life with someone else, I wanted it to be this family.”

Through the years, Meghan, Kim and Doug have kept in contact. Meghan graduated high school and put MacKenzie’s birthstone in her class ring. She went on to college, she says, because of MacKenzie.

“I wanted to show her that yes, I needed to place her for adoption, but I didn’t stop my life,” says Meghan. MacKenzie attended Meghan’s high school graduation, and will attend her graduation for her bachelor’s degree this year.

Today, Meghan has two sons, Aiden, 7, and L.J., 6. Kim and Doug update Meghan with regular emails and phone calls, and the two families have gotten together. MacKenzie, Aiden, and L.J. all know each other well and understand how they are related. MacKenzie even attended her younger brother’s birthday party. As she has gotten older, MacKenzie asks increasingly difficult questions; but together, Meghan, Kim and Doug work to help her through them.

“I try not to overstep, and they try to include me as much as possible,” Meghan says. “It’s a good balance.”

In addition to Aiden and L.J., Meghan and her husband are raising his two children from a previous relationship. With a family of four kids between the ages of four and seven, life can be pretty hectic. To Meghan, though, things are perfect. She even hopes to have another child one day. Meghan also feels MacKenzie is a part of her own family, and that Kim and Doug have become almost like parents to her.

“Rather than an extended family, it’s like having an immediate family that is far away,” Meghan explains. “You never stop loving them; you never lose contact; you never forget how special and important they are to you.”

“I know I chose the best family that I possibly could for her and I wouldn’t change that for the world. She is loved in an amazing environment and has so many opportunities I could never have given her.”

What Meghan hopes people understand is how truly wonderful open adoption can be. As someone who has been positively affected by it, she hopes that openness will continue to get more exposure.

“You are writing another family into your own family for a lifetime,” Meghan says. “It’s beautiful.”