A BABY IN OUR ARMS: THE FINK FAMILY’S ADOPTION STORY 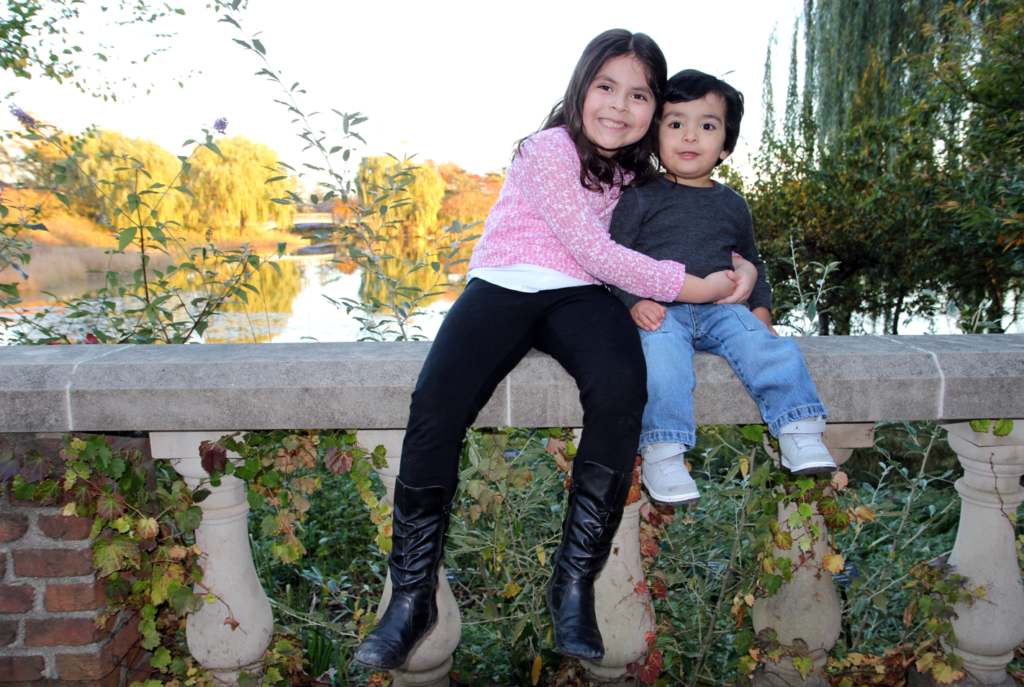 Last February, the Women’s Connections group from Kenilworth Union Church (KUC) held their monthly meeting at The Cradle. KUC, which made a generous grant to The Cradle last year through its Christian Outreach Fund, encourages its congregants to get involved with the organizations the church supports. Women’s Connections members came to The Cradle to learn about our history and services, take a tour of the building and hear firsthand from a Cradle family.

Adoptive parents Andrew and Leticia Fink (“Andy” and “Lety”) shared with the group the story of bringing home their two Cradle babies, Diana and Andrew.

Eight years ago, Andy and Lety came to The Cradle for the same reason many parents come: they wanted a family and it wasn’t happening for them in the traditional way. They decided that adoption was the right choice for them and The Cradle was the right agency. The fact that the babies stay in the Nursery, rather than in a foster home or care center, was one of the main reasons they chose The Cradle.

About a year after going on the waiting list in August 2007, the Finks were selected by a birth mother. They got a call about the match on a Tuesday and met with the birth mom three days later. Baby Diana was born on September 13, 2008 and went home from The Cradle with Lety and Andy two weeks later.

“After trying for eight years, it was amazing to actually have a baby in our arms,” Lety recalls.

Deciding it was time to give Diana a sibling, the couple submitted a new application early in 2012. The second adoption was quite different than the first, although the Nursery once again was an important factor. In the fall of 2013, a young expectant mother chose the Finks. But her family wanted her to parent her child, so when baby Andrew was born on October 5, 2013, he stayed in the Nursery while his birth mom and her family received counseling.

Andy and Lety were able to visit Andrew and came to the Nursery nearly every day. As the weeks went by and the birth family continued to participate in counseling and weigh their decision, it was impossible for Andy and Lety not to fall in love with little Andrew. They worried that they would become too attached and would be let down, but they also had faith.

“Our faith played a large part,” Andy said. “It was emotional and nerve-wracking, but we weren’t going to be negative. We gave her space and all the time she needed.”

Shortly before Christmas, the birth mom and her family made the decision that adoption would be the best plan for Andrew. On December 23, Lety, Andy and Diana, along with Lety’s parents, came to The Cradle to welcome Andrew to their family and take him home.

Today, Andrew is 2 ½ years old and his birth family comes to visit about four times a year. Seeing him happy with his parents and big sister has allowed for much of the stigma they perceived about adoption to go away. Andrew attends Montessori school where he loves to bring books to read. He also likes cars, trucks and balls, is very organized, loves to cuddle, and is a little shy.

Diana is as sweet as her brother but isn’t shy. The 7 ½-year-old is bubbly and outgoing, constantly asking her parents for play dates. She is creative, and thinks she might like to be an artist one day.

“She can be two and twelve at the same time,” says Andy. “She asks very mature questions.”

Diana’s birth mother is in contact with Andy and Lety, but maintains a distance. Diana often asks questions about her birth mom, and her parents hope that one day the two will be able to have a relationship.

Andy and Lety fully support open adoption and believe it is in the best interest of children to know their roots.

“At the end of the day it’s about the child,” Andy observed. “It’s a win-win. They have a loving immediate family and an extended family.”