ADOPTING IN THE EARLY YEARS OF OPENNESS: THE NEUSTADT FAMILY 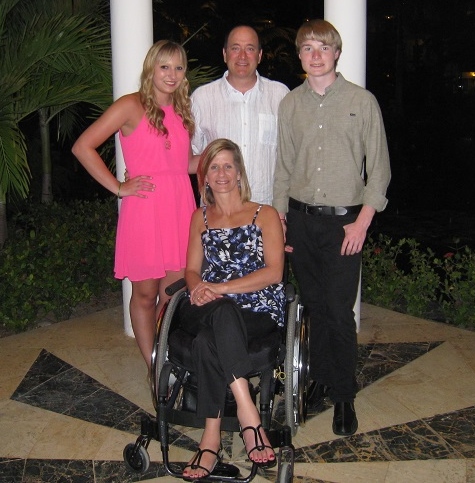 Julie Neustadt and her husband, Jon, came to adoption the way many couples do – with a familial twist.

“We went through infertility treatment for a couple of years,” recalls Julie. “My husband’s brother had adopted two girls from The Cradle, so we were familiar with that method of becoming parents. Eventually, we decided to stop treatments and go that route.”

The Neustadts adopted their first child in 1995, when The Cradle had just begun to practice open adoption.

“We had a lot to learn about open adoption, but the education and classes were very helpful,” Julie says. “You start out thinking it’s just about us, how we wanted a baby, but over time you realize there are three sides to the arrangement.”

Julie and Jon put together their profile using Julie’s scrapbook skills, and within a year, they were chosen by a birthmom whose baby was in The Cradle Nursery.

“We knew we were being presented to birthparents, but my sister was getting married in Missouri and we were driving down for the weekend,” Julie recalls.

“This was in the early days of cellphones, where reception was still pretty spotty, so we kept calling each other as we drove down, to be sure that we still had a signal in case The Cradle called us. Shortly after arriving in Missouri, we got the call that we had been chosen and we would be parents the following Monday!”

The family rallied with the wonderful news, and even managed to pull together an impromptu baby shower in between the wedding festivities. Julie and Jon drove to The Cradle on Monday morning, where they met their daughter for the first time.

“It’s so hard to comprehend what that moment is like,” Julie recalls. “For so long, this baby is theoretical, this intangible idea, and then she is here, and her birthmom is putting her in my arms. I was so nervous, and so aware of not wanting to say anything that could jeopardize it! I remember Laura’s birthmom was very shy and quiet, but [Laura’s maternal birthgrandmother] was so warm and happy for us. It was a surreal, wonderful moment.”

Like many new parents, Jon and Julie spent those early days in a haze of happy, sleep-deprived bonding. “We felt like we were babysitting at first!” Julie says. “Eventually we learned what she liked and what her different cries meant. It was such a happy time.”

After Laura turned 18 months, the couple decided they were ready to try for a second child.

“We weren’t sure how long the process would take this time, and I didn’t want them to be too far apart in age,” Julie says.

As it turned out, Julie’s sister had an acquaintance living in Missouri who was experiencing an unplanned pregnancy and wanted to make an adoption plan. The family prepared their profile again, anonymously this time, as the birthmom didn’t initially want to know the identity of the adoptive parents. However, that soon changed. On Julie and Jon’s ninth wedding anniversary, they learned that once again, they had been chosen.

“We got a call that she delivered a boy on May 13, which was the anniversary of the date Jon proposed to me ten years before!” Julie says. “We always tell the kids their adoption stories on their “Gotcha Day,” Julie says.

The Neustadts have maintained varying levels of openness with both kids’ birthfamilies over the years. Now that Laura is 19, she has taken over managing the relationship and just recently, she wrote her annual letter to her birthparents herself.  At 16, Adam is less interested, but has had contact in the past.

Since they first brought Laura home in 1995, The Neustadts have made supporting The Cradle a priority, making generous annual gifts as well as supporting events.

“As a family, we place a value on charitable support,” Julie says. “The Cradle is an obvious choice, as it helped make our family. We want The Cradle to continue so our kids have that touch point. It is important to us both because of the work The Cradle does, but also for our kids.”

The Cradle’s focus on ethical adoption practice is also important to Julie and Jon.

“When we were going through the process, we just wanted a baby, so I can understand how people might not think about how that baby got there,” Julie says. “But the reality is, adoption is a lifelong integration of two families and many lives. Everyone involved is going to live with this choice forever. We really value how The Cradle emphasizes the ethical care of all parties.”