ADOPTION: ANOTHER WORD FOR LOVE 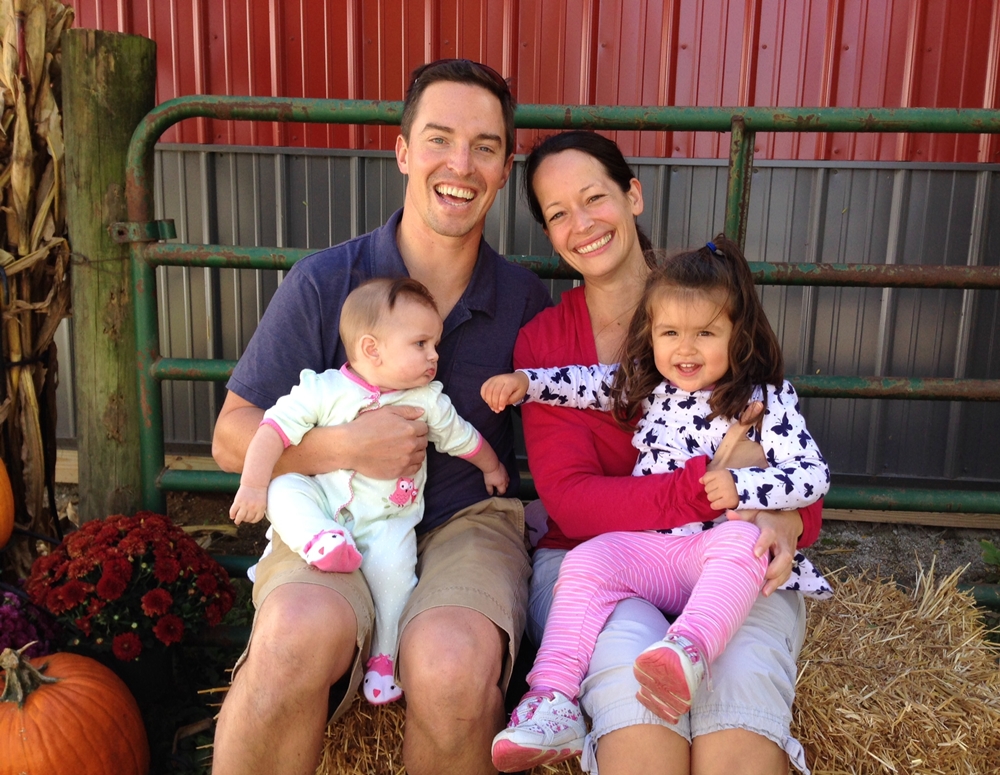 Katie and Dave Bochenek both grew up in large families and dreamed of a house full of children of their own. When fertility issues hindered their initial plan, they turned to The Cradle.

“Even before that decision, we always talked about growing our family both through having biological kids and adopting,” Katie says. “We have adoption in both of our families, and it’s always been such a positive part of our lives.”

The couple enrolled in The Cradle’s prospective parent classes and filled out their paperwork. Though at the time it seemed to take longer than they wanted, the Bocheneks wouldn’t trade that preparatory time for the world.

Now, with two young daughters, they refer to the classes often, not only during the challenging times, but in laying a loving and open foundation for their daughters.

“We reference those classes all the time when we talk to each other about the girls and how we want to talk to them about adoption,” Katie says. “We definitely saw the value in this training afterwards.”

Katie and Dave were prepared for a marathon of a wait, but actually moved through the adoption process quickly both times. They were on the waiting list only four months before bringing their first daughter, Lucia, home at the end of May 2012. Those four months, however, weren’t easy.

“Every time our home phone rang, every time I had a message blinking on my phone at work, I wondered, ‘Is it The Cradle?’” Katie recalls. “That was one of the longest times of my life.”

When they finally did get the call from The Cradle that they had been chosen, it was that much sweeter. They were the only family the birth mother wanted to see.

“That was really amazing to hear; she just saw our profile and really connected to it,” Katie says. “It didn’t feel like there was any question in her mind from the very beginning.”

After meeting Lucia’s birth mother, who lived in northwest Indiana, the Bocheneks learned her due date wasn’t for another month. That allowed the three of them time to get to know one another. Lucia’s birth mom invited Katie and Dave to be in the room with her when the baby was born – something they never thought they would be able to experience.

The new family of three stayed in a hotel in Indiana for two weeks while the paperwork allowing them to bring their daughter back to Illinois was finalized.

Overjoyed to be parents at last, Katie and Dave also knew they wanted to continue growing their family.

“My husband is one of four kids, and I am one of five,” Katie explained. “Thinking of our kids having siblings and built-in friends for life was just really important to us. We knew we would do it again.”

They submitted their new application to The Cradle in July 2013 and were on the waiting list by early November. Having been through the process before, Katie and Dave found it less stressful the second time around. They also had one-and-a-half-year-old Lucia at home to distract them.

As Katie observed, “We trusted that when it was right, it would happen.”

Again, within a matter of months, the Bocheneks were matched with the birth parents of their second daughter, Emilia. They met Emilia’s birth parents and some of their family members and discovered just how similar their families were, even down to the birth mom sharing Katie’s love of books and the birth dad sharing Dave’s interest in business and finance. Emilia came home on April 11, 2014.

Nowadays, the Bochenek family is navigating their open relationships with the girls’ birth families, though the situations are very different.

“I believe our relationships will be ongoing and we feel really grateful for that,” Katie says. “Like all important relationships it’s not always easy and it takes work, but we feel lucky for how it’s turned out.”

She and Dave also feel appreciative for the preparation and support they received through The Cradle.

“I remember us discussing ways that you can talk about adoption with young children,” Katie says. “We equate adoption to love. We tell our girls, ‘You were adopted and adoption is another word for love.’”