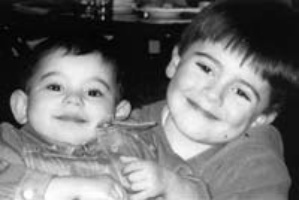 To retell our Russian experience, allow me paint a few images: little wooden “cottages” adorned with hand-painted window panes; a frozen lake dotted with ice fisherman as far as the eye can discern; people young and old trekking across the frozen tundra in large fur hats and coats (just like in the movies); a weather forecast that read, “Snow, snow, snow,” every day; and a little girl in an orphanage – 13 months old – waiting to be loved. That’s where our story begins.

We received our referral 5 days before Christmas. After consulting with several physicians on what appeared to be a rather scary medical referral, and after much help from The Cradle and especially from other families that had traveled to the same region, we put on our boots and took our “leap of faith” on January 15th to meet Ekaterina (now renamed Alena). We spent the first three days touring Moscow, trying to capture, record, and most of all, enjoy as much culture and history and we could possibly fit into our schedule.

After Moscow, we flew to Izhevsk and the next morning, after meeting with the Ministry of Education, drove to the city of Votkinsk. We pulled up to the orphanage, a small white building with blue trim, and walked through the iron gate – a step that brought us into a different world – one that would fill our hearts with compassion and love. Ekaterina was brought to us in the orphanage director’s office – sleepy, shy, and very wary of the two strangers staring at her. After some coaxing, she let me hold her; but it didn’t take long for her to find her voice as cries of exhaustion (and yes, fright) shook her little body. She was carried off to her nap and as we waited to meet with her one more time, we talked. John was instantly sure; I was scared to death; we held hands and “leapt!” Luckily, this particular region is known for facilitating foreign adoptions in one trip if possible, and we came prepared! We were “packed to the gills” (not something I recommend) and ready to bring Ekaterina home!

We moved into a modest flat in Votkinsk so that we could visit with Ekaterina every day until court the next week. A 75-year old Russian woman named Valentina cared for us and each day, stuffed us with typical dishes of the region. What a treat! We grew very close to Valentina (who spoke no English), and just as she found a place in our hearts, so too did the orphanage director and caregivers. They say that the children do not attach in the orphanages, especially in Russian orphanages; but if you could see the gleam in Ekaterina’s eyes and the smile that adorned her face when a caregiver was near, you too would know that she felt some sense of attachment.

After spending seven days with Ekaterina at the orphanage – playing with her, feeding her, and bonding with her – our day in court finally came and thanks to Larissa, our interpreter, we were ready! In court, they ask to see pictures of the adopting parents and the child interacting. Pictures? Not us! My resourceful husband actually put together a video clip that highlighted our visits with Ekaterina. In the courtroom, we all gathered around John’s computer to watch the clip – marveling at the wonders of technology. We flew through the court proceedings in record time – celebrating the event with hugs from all (yes, even the judge) and of course, pictures!

From beginning to end, we always felt we were in good hands and learned to flow with the whirlwind of protocol and procedures that enveloped our days. (Well, John flowed; I’m sure I left a few skid marks!) I look back on our amazing trip, on the experiences we will be able to share with Alena as she gets older, on our fond memories of the Russian people, and most importantly, on the look in our daughter’s eyes at our first meeting and think, “Thank God we took that “leap of faith.”