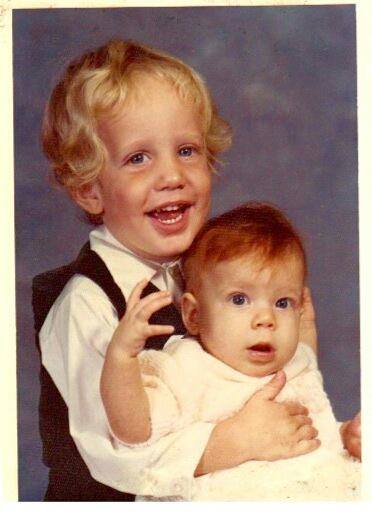 When Cradle baby Kelly Karl became a nurse fouryears ago, she never imagined she would one day be caring for somebody who had once cared for her.

After she was born in 1975, Kelly’s birth mother, whom she recently reconnected with, decided to make an adoption plan. For six weeks, Kelly stayed in The Cradle’s nursery, where she was fed, cuddled and cared for by Cradle nurses.

More than 30 years later, one of those nurses became Kelly’s patient.

Admitted to Kelly’s ER for treatment, the former Cradle nurse burst into tears when she and Kelly realized their connection. “’She’s a Cradle baby, She’s a Cradle baby,’ the woman told her husband over and over again,” Kelly recalled. “It was very surreal to me. Here is this woman who held me and took care of me when I was first born, and now I was taking care of her in her time of need.”

“It reaffirmed why I became a nurse. It gave me a better sense of my roots, having met someone who helped me start my life and grow, and who suddenly popped back into my life all these years later.”

Kelly‘s adoption was closed – the norm at the time – though she knew she was adopted “from the get-go.” She and her parents knew almost nothing, however, about her birth mother until ten years ago, when Kelly requested and received non-identifying information from The Cradle.

While being an adopted person was a large part of her identity, Kelly didn’t feel a burning need to explore further, until recently. Thanks to the 2010 enactment of the Original Birth Certificate Access Bill in Illinois, Kelly was able to obtain a copy of her original birth certificate, which included her birth mother’s name. Having a name made Kelly, and her family, decide to search.

Two years ago, in 2012, Kelly found a birth family member on Facebook and sent a message. “I didn’t feel that I needed to find my biological mother,” she said. “It was more at the encouragement of my mom saying that I should do it. When I sent the message, I had no expectations. Whatever happened, happened.”

As Kelly waited for a reply, she began to believe she had contacted the wrong person and decided to move on. It was then that she met the Cradle nurse.

“I’m not a religious person, but I’m spiritual,” Kelly said. “I believe she was sent to my hospital for a reason.”

Nearly two years after reaching out, a message finally arrived in Kelly’s inbox, confirming that she had found the right family. She is now in contact not only with her birth mother, but with her uncle and half-sister as well.

“We’re keeping things slow, but it’s been so neat catching up with them and finding out about their lives,” Kelly said.

Kelly knows she can turn to The Cradle for support whenever she may need it – and so can her family members. Often as relationships with birth families develop, adopted people, birth relatives and adoptive families will turn to our Center for Lifelong Adoption Support (CLAS) for guidance.

Everyone can use advice and support as life comes full circle.