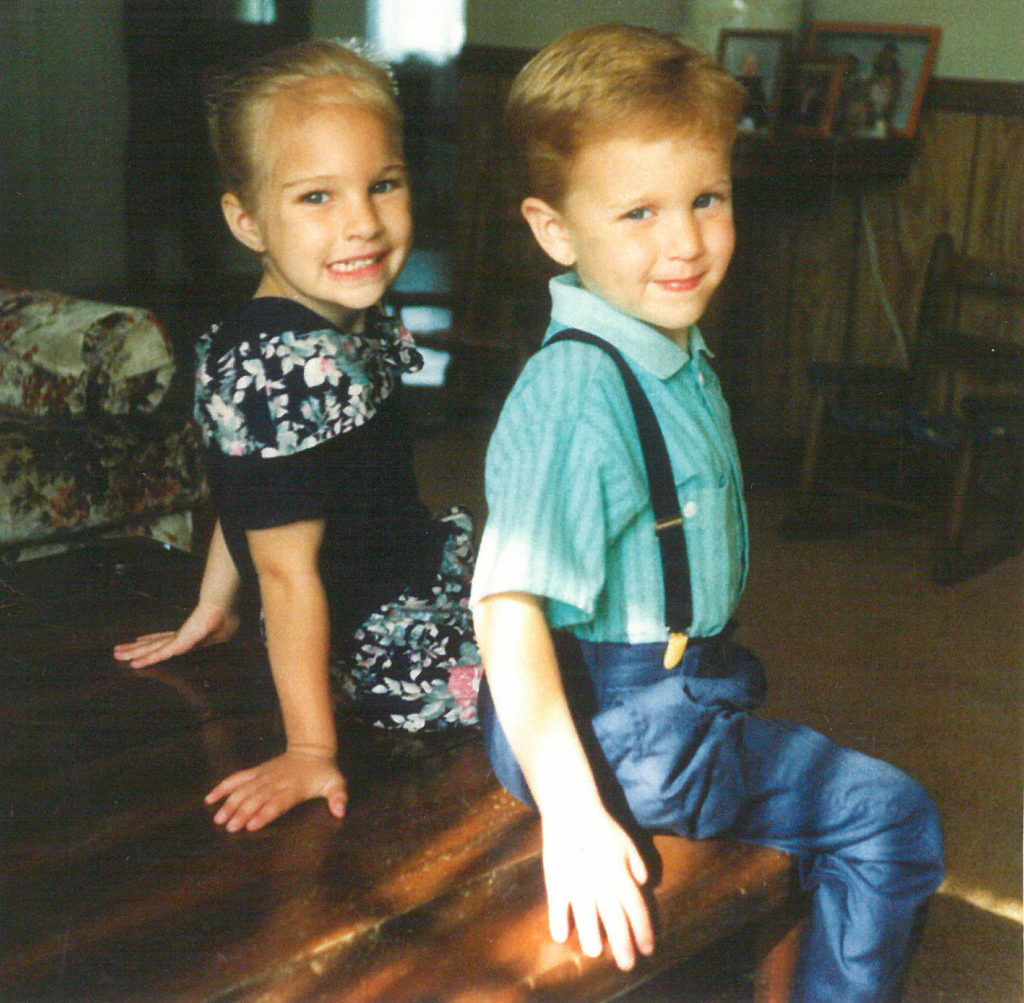 Anita and Jim Eckelkamp first contacted The Cradle in 1984, after enduring the loss of three babies who passed away within a short period of time after birth. Still wanting to expand their family, they turned to adoption. “During the third pregnancy we were mentally preparing to adopt should our genetic issue reoccur. Because my pregnancies progressed normally, there was no way to determine our babies’ health until birth,” Anita said, recalling their decision.

The Eckelkamps reached out to The Cradle, hoping that in time they’d be accepted to apply to adopt a baby. “At that time,” according to Jim, “it was difficult to get accepted into a program at any agency.” They continued to call The Cradle to follow up, never wavering in their persistence. They feel that this helped to show their desire and commitment.

“After getting an initial interview with our caseworker, several meetings occurred throughout the next year, both at The Cradle and at our home. We wrote autobiographies and obtained supporting documentation from parents and friends,” Jim explained. “We were added to an Adoptive Parents List and waited approximately 9 more months for a match.”

Prior to being accepted into The Cradle’s adoption process, Jim and Anita completed the Family Services Foster Care Program and received their Illinois license. Taking the classes in the program, they felt, would prepare them for any challenges they might face, either in waiting for a child to be placed with them, or later down the road in raising an adopted child.

Emotional support from The Cradle, family and friends was just what the Eckelkamps needed to get through the challenge of waiting. During this time their caseworker encouraged them to read from a recommended list of books covering all aspects of adoption. The couple reminded themselves regularly that patience is a virtue, and prayed that each day would bring them a phone call with good news.

“It was tough to wait, and you had to have a lot of patience,” Jim said. “Do you call or do you not call, and how often should you contact The Cradle? We had to sit tight.”

But then something miraculous happened.

Although their caseworker made it very clear that the odds of being placed with twins was less than one percent, the Eckelkamps faithfully hoped and prayed for twins. When they received the news that the birth mother they had been matched with had delivered twins, they were ecstatic.

“It was a miracle that we were placed with twins, even though we had hoped for that,” Anita recalled. “But I just knew in my heart God would bless us with twins.” The babies were born on February 13, 1987 and came to The Cradle Nursery.

On March 9, three-week-old Kathryn and Nicholas went home from The Cradle with Anita and Jim. In raising their children the Eckelkamps took The Cradle’s advice and lessons on being open to heart, always keeping their communication about adoption open and truthful, even during the tricky teenage years.

“One thing I have always remembered is when our caseworker told us to visualize a triangle,” Anita explained. “The top point was the baby, and the other two points – that were equal – were the adoptive parents and the birth mother, and anything we did and any decisions we made had to be in the best interest of the child. I’ve always lived with that in my mind, and I love and appreciate The Cradle for preparing us so well.”

Because The Cradle recommended that the Eckelkamps talk about adoption with their children from a young age, Kathryn and Nick have always been aware of their identity as adopted people.

“We’ve always been very natural and normal about it,” Anita said. “One time when Kathryn was in second grade, her friend came up to me and said, ‘Mrs. Eckelkamp, I wish I was adopted, I think that is so neat,’ and Kathryn just smiled!”

During Nick’s younger years, Anita recalls him running down the stairs one day and stopping for a moment to ask, “Hey Mom, do you think someday we could meet our birth mom?

“Absolutely,” Anita replied, “and Dad and I will help you and Kathryn… we hope to meet her too, someday! And he smiled, hugged me and continued down the stairs, running outside to play.”

“The Cradle gave great counsel and advice that when questions pop up suddenly, when we least expect them, to be truthful, keeping answers short and to the point. For us, adoption has always been a very positive thing,” Anita affirmed. “We also always told the kids that what their birth mother did for them was the greatest act of love,” she added.

Because The Cradle has a wonderful registry in place for birth parents and adoptees, Kathryn was able to initiate contact with her and Nick’s birth mother with The Cradle’s help. In 2012, when the twins were 25, they reconnected with their birth mother. Jim and Anita supported their children through their search and connection. “We learned through our training that adoptees will often seek out a connection when there’s something significant in their life, like getting married,” Jim commented. “We always told Nick and Kathryn that The Cradle had these services available if and when they felt ready to reach out.”

The “something significant” for the Eckelkamp family was Kathryn’s wedding last September. Kathryn and Nick’s birth mother and her extended family (including 2 brothers), made the trip from Wisconsin to attend the ceremony, for a day that Jim and Anita describe as “loving, beautiful and over-flowing with joy.”

“My advice to anyone is to have faith and release fear,” Anita said. “Kathryn and Nick’s birth mother released the fear of anything that might get in the way of enjoying this opportunity and gift to be present at the wedding. The birth family didn’t take anything away from this day, they added to it.”

Reflecting on their lives with their Cradle babies, the Eckelkamps feel nothing but gratitude for the opportunity and privilege to be parents and the experiences and abundant blessings they’ve had with their children. And with Nick and Kathryn’s reconnection with their birth mother, their triangle is finally complete. In looking back on their adoption and parenting journey, the following Bible verse especially resonates with them:

How great is the LOVE the Father has lavished upon us…That we should be called the children of GOD.
1 John 3:1