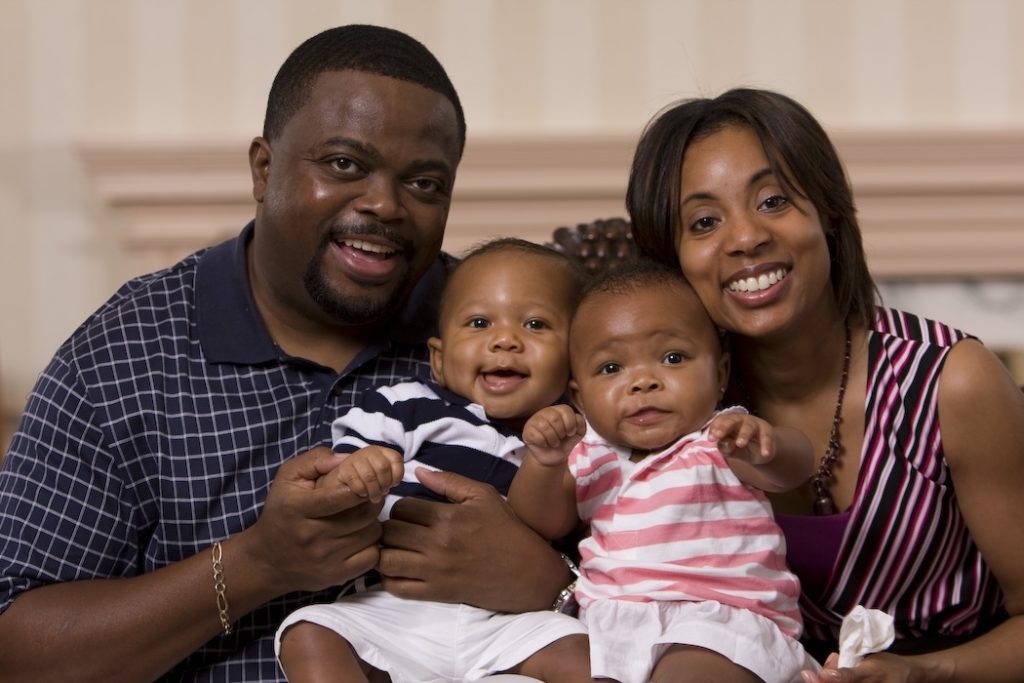 Sherece and Darren Thompson struggled with infertility for seven years before making the decision to come to The Cradle. To their surprise, they realized that each had been researching the agency separately. But a much bigger surprise was in store for the couple.

They applied to the Sayers Center program and began to take classes. A big draw for Sherece was The Cradle Nursery. The Cradle is the only adoption agency with an onsite infant nursery, and according to Sherece, if The Cradle didn’t have one, she would have had doubts about the process.

“One thing about the Nursery is you are able to go to there and see babies and really be able to dream that this will happen for you,” Sherece says.

In October 2007, she and Darren submitted their completed profile and were added to the waiting list. They were prepared for at least a nine-month wait.

But on January 9, the Thompsons received the call they had been waiting for from The Cradle. They had been chosen—for twins.

“I almost fainted,” Sherece said. “It was a triple-play, a triple-delight. The fact that The Cradle called us so soon was number one. Second, it was twins, which wastotally not on our minds. And third, they were born and already in the Nursery.”

Sherece and Darren were able to go and see the babies right away.

“It was both happy and bittersweet because none of the paperwork was completed, but their birth mother wanted us to meet them,” recalls Sherece. “I held Faith, our daughter, and my husband held Jacob. I’ll always remember how she peeked at me with one eye open, and then she opened the other eye and looked at me. Right then and there, I felt that I had made a connection.”

The twins turned 7 last December 28. They are well above average in their classes, pass their academic tests with flying colors and read at advanced levels. Jacob is currently in occupational therapy for his motor skills, but his math is superior. The children accept their adoption and have a basic understanding of it. For now, they ask few questions. Currently the Thompsons do not have a relationship with Faith and Jacob’s birth mother, other than the occasional update emails Sherece sends. She does her best to keep the birth mom’s name in the twins’ minds. Sometimes that means praying for her with the children, or mentioning her to them from time to time.Sherece appreciates the support she and Darren received from The Cradle when going through the adoption process, as well as the careful teaching and preparation. She is also grateful The Cradle was able to instill a sense pride in the idea of adoption.

“I am proud when I say I adopted my children,” she said. “And I am proud that my children know they were adopted.”