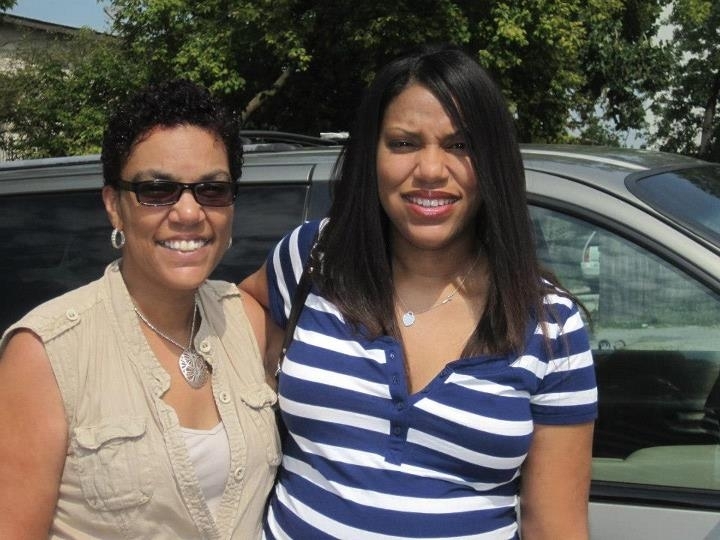 The Cradle was a household name for Linda Armstead January when she was growing up. Both she and her brother, David, were adopted from The Cradle in the 1970s, and their parents never hid the truth from them. In fact, their mother told them every detail she could remember, even at a time when the topic of adoption was much more taboo than it is today. As a kid, it was difficult for Linda to feel comfortable with her own adoption, especially when it was easy material for her schoolmates’ taunts. But that changed as the years passed. “Once I got older, I came to terms with it,” explains Linda. “It didn’t really matter either way if the people I told were receptive or not.”

Still, knowing she was adopted posed some serious questions for Linda. “I felt like I had no true identity to myself because I didn’t know who my birth parents were,” she says. “I wanted to find them and determine who I looked like, where I came from… I always wanted to find out exactly what their story was.” Linda’s adoption was closed, so it took much research, starting at the age of 14, for her to uncover any leads. With the help and support of her husband, her mother and a new Illinois law that allowed her to request her original birth certificate, Linda found the name of her birth mother. Linda searched and upon finding her, she sent a message by way of introduction. From that day, Linda and her birth mother began a steady conversation that took place over the phone, by text and through email until they met each other in person for the first time in August of 2012.

“I think that, oddly enough, it was almost like we had met before,” says Linda of that day. “We just embraced each other and it was like we were meeting up after not seeing each other for a long time.” Linda had waited 33 years to meet her biological mother, and over those years, a picture had begun to form in her mind of this mysterious woman who had given birth to her. “I had in my mind a lot of fairytale expectations, and I when I met her in person, I still had those expectations,” Linda says.

Unfortunately, their first meeting didn’t go as Linda had imagined. “I met her in person and I came to see she was very different than what I had expected in my life,” Linda explains. The two women fell out of contact for a period of time. “Part of me wished I had never found out, “Linda recalls. “But a bigger part of me was happy, without regrets, because I never had to wonder or say ‘I wish I knew.’”

But as time passed, Linda and her birth mother began to rethink their initial assumptions. “Once we had some time to digest the whole situation, I think we have both been able to realize that we are very similar in a lot of ways, and this is what created conflict initially,” Linda says. Today, Linda and her birth mother are learning to communicate with each other better and they hope to see each other again in the near future. Linda’s birth mother has also started to establish a relationship with Linda’s children.

After that first meeting, Linda and her birth father began a daily dialogue over email, and Linda is considering introducing him to her son and daughter.

Today, Linda lives in Alabama with her husband Marques and their two children. She and Marques came to The Cradle in the summer of 2012 for a visit and tour before meeting Linda’s birth father. She was especially happy to see and learn about The Cradle Nursery, the place where it all began for her and her brother. David is also researching his past, and he learned the name of his birth mother the exact same day as Linda learned the name of hers. Since then, he has met his birth mother once as well. With the support of their families, Linda and David will continue to develop their individual adoption stories until they feel they have all the answers they need.