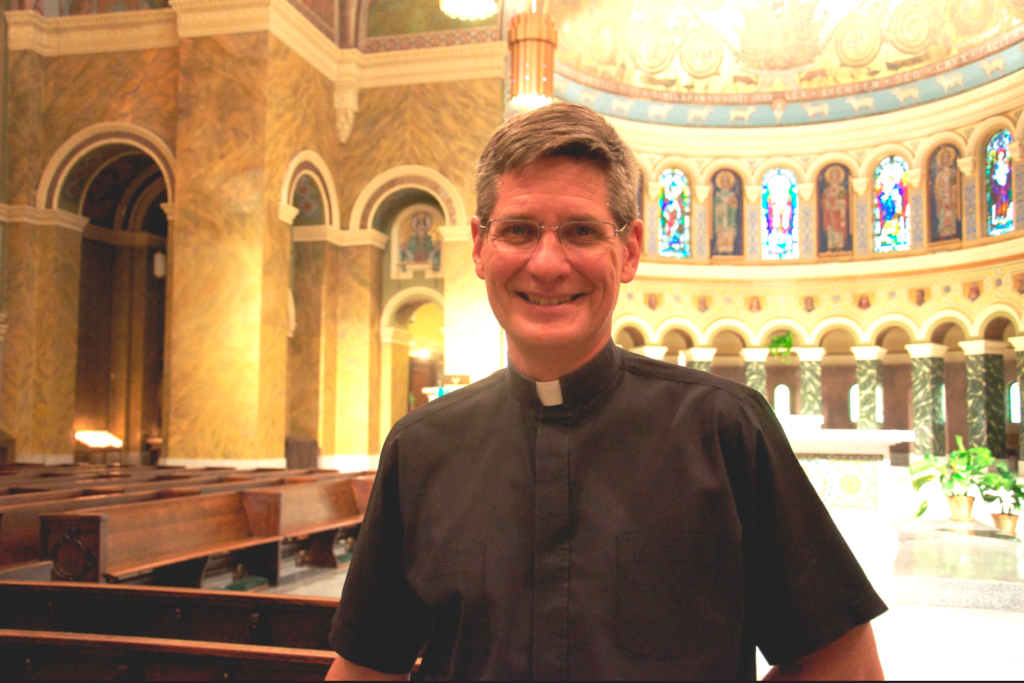 Published December 2010
By The Cradle Staff

“The Cradle has always been a real source of grace in my life,” said Rev. Kenneth C. Simpson, pastor at St. Clement Church in Chicago’s Lincoln Park community. “Father Ken” was placed through The Cradle in 1952 after being born prematurely and spending time in The Cradle Nursery. “It seems simple to say, but my parents and adoption did shape my life and my understanding of being lucky, being gifted,” he said.

Fr. Ken’s mother and father married later in life and adopted both him and his younger sister through The Cradle. “My father didn’t have much of a family growing up, so he always said that family was sort of his first religion,” recalls Fr. Ken. “He was so dedicated to us.”

It wasn’t until high school that Fr. Ken knew he wanted to join the priesthood. He explained that while his parents were always very proud, they wanted to make sure their son got a proper education, no matter what path he chose. After graduating from Loyola Academy, Fr. Ken went to seminary at Niles College, a part of Loyola University. “My parents were really supportive, but because it was just my sister and me, my decision meant no grandchildren, no going on with the name,” he noted.

Fr. Ken first joined St. James Church in Highwood, followed by St. Michael Parish in Orland Park. He then became the Dean of Formation at Niles College and worked with students there for 10 years. Thinking that his academic career was over and anticipating a change of pace, Fr. Ken was surprised when he was encouraged to apply to the Sheil Catholic Center on Northwestern University’s campus.

He stayed at Sheil for 15 years, and helped students work through questions of identity. “You get really good at that part of the conversation with kids,” Fr. Ken said. “But the truth is we’re all asking those questions, whether we’re young or old. I have begun to see those same questions here at St. Clement.”

Fr. Ken remembers a defining moment of clarity in his own search for identity as an adopted person. As a freshman in high school, he listened to the quarterback of the football team talk about his spiritual journey: “He said, ‘You know how I know I’m loved by God? Because I’m adopted. I know I was wanted, so I’m sure I’m loved by God.’” Fr. Ken has shared that turning point with many people. “They understand that moment and are comforted by that message.”

After three years at St. Clement, Fr. Ken has grown quite fond of the parish. He has also remained connected to The Cradle, taking a tour to see where his parents first laid eyes on him, delivering prayers at The Cradle Ball, keeping up with The Cradle’s outreach efforts, and financially supporting our work. “When you meet someone from The Cradle, it’s like you have this bond, though you’ve never known them. We’re all Cradle babies still.”