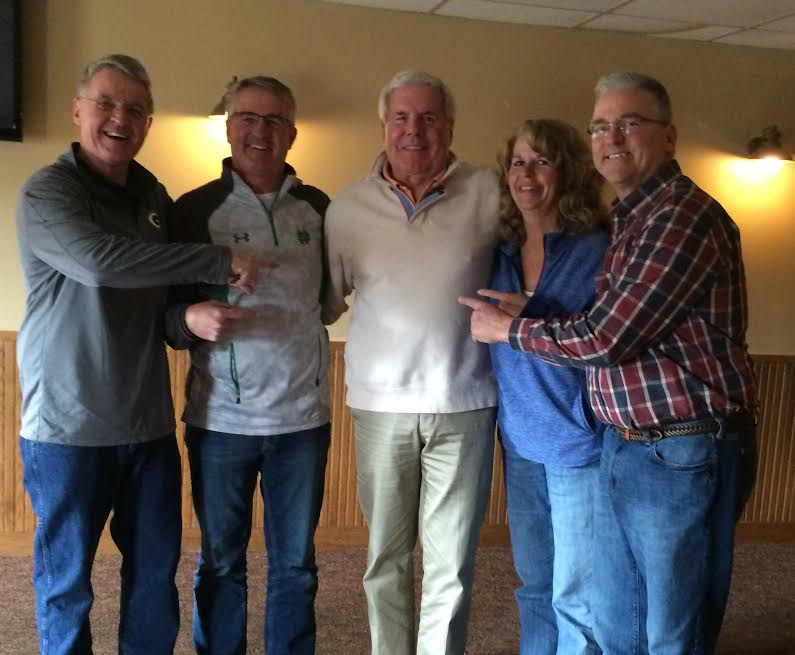 It’s not everyone who gains a new big family at age 69. For 1948 Cradle adoptee Dan Lawlor, the past year has been nothing short of amazing.

Dan is grateful to his parents for giving him a good life. But, for most of his life, he also hoped for an opportunity to speak to his biological mother. “All I wanted to do was look her in the eye and say ‘thank you very much for what you did. I have had a wonderful life and bear no ill will,’” he shared.

Out of respect for his adoptive mom, Dan waited until she passed away to initiate a search for birth relatives. That was 30 years ago, and Dan approached The Cradle for assistance. Beyond having him sign the Illinois Adoption Registry, however, there wasn’t much information the agency could provide at the time. Years passed and he thought he had reached a dead end.

Late in 2015, Dan’s wife Laurie suggested returning to The Cradle. Dan met with Nina Friedman, The Cradle’s Director of Post Adoption Support, to discuss the search process and complete the necessary paperwork. The following March, Nina made an initial outreach and discovered that Dan’s birth mother had passed away in 1995. She encouraged him to keep looking.

Within days, Nina received a response from a nephew of Dan’s birth mother. Dan learned that although his birth mother never married, “she was the aunt who was always there, embraced all the kids and helped raise everyone.” He also learned that while the whole family knew she had placed a child for adoption, they never knew what became of him.

Dan’s existence came as a complete surprise to his birth father’s family. Nonetheless, one of his half-brothers eagerly responded to Nina’s outreach. Dan was equally surprised to find out that his birth father went on to marry and have ten children, seven of whom are still living. In May of last year, he drove to Wisconsin to meet a large group of relatives at a restaurant. “There was an audible gasp when I walked in the door,” he recalls. “The eldest brother had just died in January, and apparently I’m a dead ringer for him.” All have warmly welcomed Dan to the family.

Dan sent Nina a note of appreciation for her help: “Words cannot express how grateful I am for your assistance in connecting me with this important part of my DNA. These folks are wonderful, and I can’t wait to get to know them better.”

To learn more about post adoption services at The Cradle, or to schedule an appointment with Nina Friedman, visit our Post-Adoption Support section here.