GROWING UP IN OPENNESS – REBEKKAH’S STORY 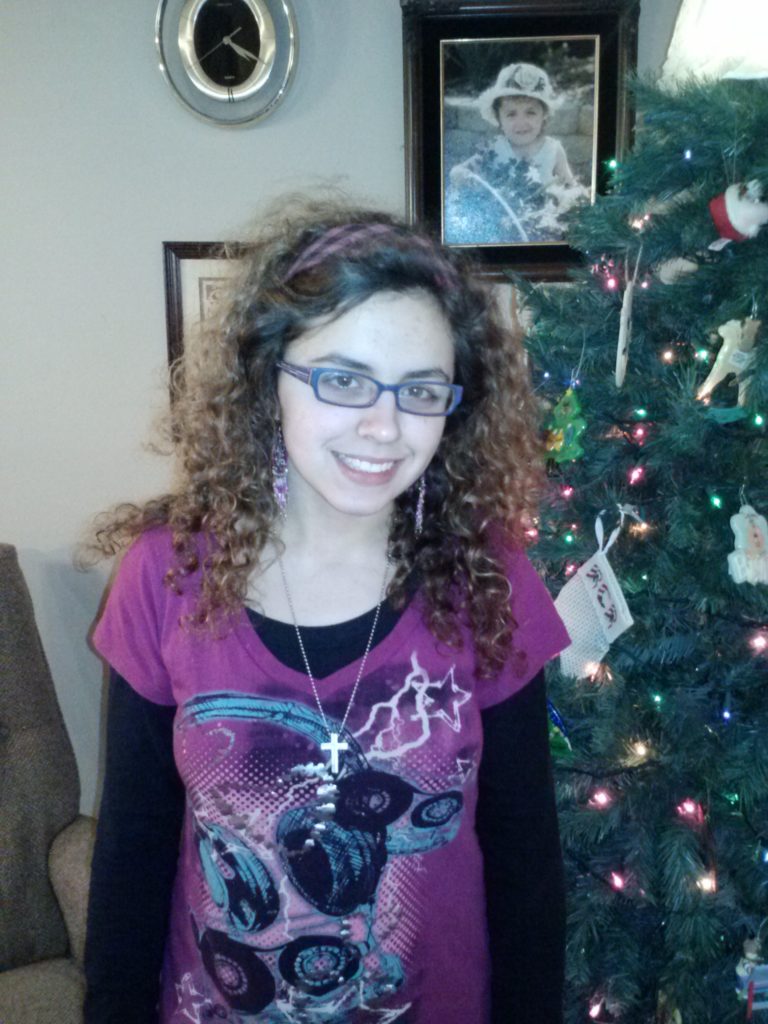 The choice has been made. Or so you think. Just because a choice seems right, it doesn’t always mean it is. The decision is yours to choose light over the darkness, life over death, or love over hate. I know somebody who made some pretty bad choices, but one changed her life forever. Fourteen-year-old Meagan seemed to be living the “normal” teenage life partying, drinking, and smoking. She had a boyfriend named Brian, who was seventeen. They both had a lot in common; same interests, same friends, and divorced parents.

Shortly after they broke up, Meagan found out one thing…she was pregnant. She knew she had to make a decision on what to do with her little girl. Of course, as with any other unplanned pregnancy, there were several options. She knew she couldn’t take care of her baby and couldn’t bear to abort. Then Meagan and her mom found an adoption agency and knew this was the best option.

But wait a minute…it’s a touching story, but what does this have to do with God? I’ve always been told that no matter what choices you make in life, God always finds ways to lead you back to Him and to take the bad and make it something beautiful. Jeremiah 29:11 says, ” ‘For I have plans for you’ says the Lord: plans to prosper you and not harm you, so that I may give you a hope, and a future”. Even if you really made a bad decision, He will do something to turn you back to Him.

The second she found out she was pregnant, she turned her life around. She stopped partying and drinking. She continued to question if this pregnancy was God’s way of punishing her for all the bad mistakes she made. Then on February 12, 1997, her daughter was born at 8:42 a.m. Five days later, she handed her baby to two complete strangers and they were gone. She then turned back to God and got confirmed a few months later. She married a man in 2006 named Billy and on August 30, 2011 they had a son, who they named William Landon. They are also expecting a daughter, who they’ll call Layla Marie.

And as for Meagan’s oldest daughter, she’s now 15 years old and has a relationship with her birthmother stronger than anyone could’ve ever imagined. She lives three hours away and sees her birthmother frequently. She’s getting good grades, in her school’s band, and loves everything and everybody in her life. She’s also standing right here in front of all you guys telling the story about her birthmother’s decision.

Having Meagan in my life has really influenced a lot of the decisions I’ve made in my life. I’ve had to end friendships with really close friends because they started hanging out with people who don’t make good decisions and even though it’s hard, in the end, it’s all for the best. I don’t have a boyfriend and a lot of girls in my grade do. Having a boyfriend now isn’t really a priority to me. I know that God has given me friends and family to give me company and guidance, along with busy schedules and I don’t need a guy to interfere with that yet. Meagan has taught me to put God first and trust Him, and even if I do screw up big time, He will turn it into something good, just like how getting pregnant with me only changed her life for the better. She’s helped me make a lot of tough decisions in my life. I never had a relationship with my birthfather, Brian. In fact, he sort of disappeared after I was born and nobody had ever really heard anything from him. I grew up being so angry with him. I thought he didn’t care and didn’t want anything to do with me. In all honesty, I didn’t know whether to be angry at him or to forgive.

A few weeks before Christmas 2011, after years of long intense prayer, tears, and bitter anger, a miracle happened. My family was with Meagan at Starved Rock celebrating Christmas. I went on my Facebook to find a friend request from him. After twenty minutes of praying and Meagan talking to me about how this was my choice, I accepted it. I decided to forgive him and found out later that day that I needed to forgive myself more than I needed to forgive him. If Meagan wasn’t there that day, would I still have accepted it? Probably. It truly was the answer to a lifelong prayer and it came at a time where both Brian and I needed that missing part in both of our lives. We have a relationship now and even though it’s not as strong as the one I have with Meagan, it’s more than I ever dreamed and prayed for.

So, even though we all make bad decisions, whether they’re big like Meagan’s or not, and God will still help us turn them into something good. If she never chose adoption and kept me, where’d we be? I’d probably be living in Chicago without a father and making some pretty bad decisions. And abortion? Well, I guess that one is self-explanatory.

If Meagan didn’t choose life for me, my adoptive parents might not have the family they do. They have not one, but three adopted children and they always say God has given them the best family ever. If Meagan never got pregnant, I don’t even want to know where she’d be now, but I don’t think she would’ve married Bill or had Landon, or even be pregnant with Layla.

I do know one thing, though, and it’s that no matter how badly you screw up, God will take it and turn it into something good. When it comes to choices, the choice is yours. So choose light, choose love, and choose LIFE.