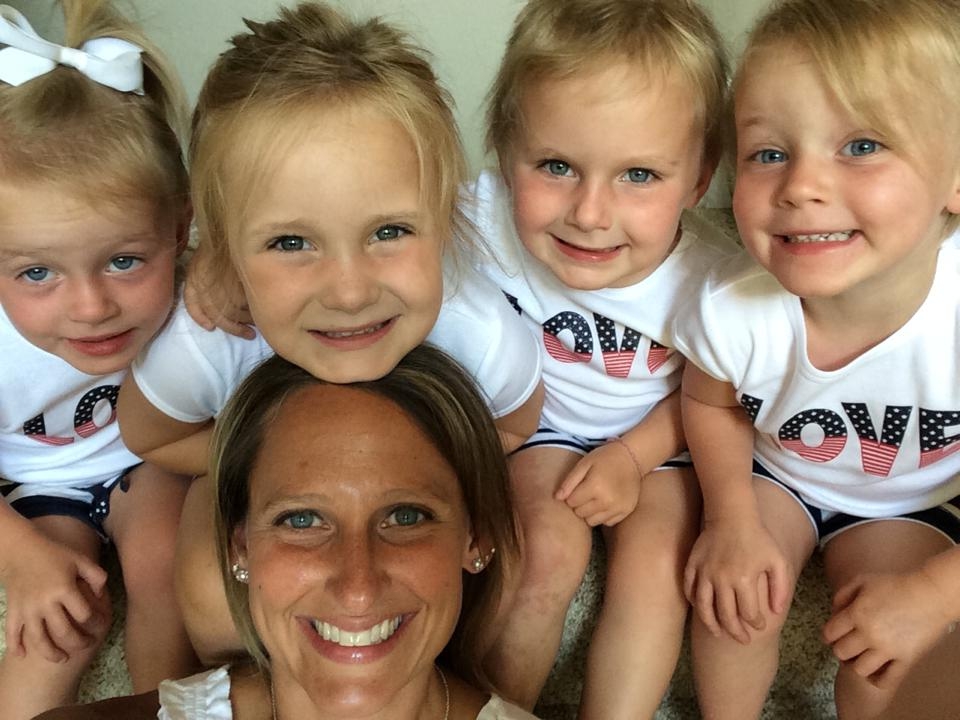 At first glance, Renee and Meredith seem like any ordinary pair of Facebook friends. But at the heart of this relationship is something much deeper than a social network.

Renee is the birth mother of Meredith’s daughter, Joie, who was adopted through The Cradle six years ago.
After losing their first child at birth, Meredith and her husband, Ryan, came to The Cradle to explore the option of adoption. From their first information session, the couple loved what The Cradle could offer, although the thought of open adoption frightened them at first.

“I was intimidated about who [the birth mom] could be,” says Meredith. “Would she take the baby away from me? I didn’t know what to expect.”

Meredith and Ryan’s fears about openness were quickly mollified with the help of their Cradle adoption counselor and the education they received about open adoption.

“I realized that for the benefit of the child, open adoption was the best thing. Having that relationship was going to be best,” Meredith says. “As I learned more at The Cradle, I wasn’t afraid.”

Meanwhile, Renee, who already had three teenagers at home, discovered that she was pregnant again. Unsure about what route would be best for herself, her children and her baby, she looked to The Cradle for help. Her expectant parent counselor helped provide invaluable guidance on all of the options available to her.

“My biggest concern was how I would view myself as a mother,” Renee says. “I had to choose what was best for the people in my life: my children, Joie and myself.”

When the time came for Renee to choose a family, she initially thought she wanted her child’s mother to stay at home. But one profile kept drawing her back. The prospective mom worked as a high school guidance counselor.

“Little things that were a part of my growing up, were a part of her every day,” Renee said, referencing their common interests. “Though I thought that I would be choosing a family for this one reason, my counselor pointed out to me that all I could talk about was Meredith and [Ryan].”

Renee went with her gut and had a match meeting with Meredith and Ryan, where they clicked instantly.

With six years of openness under their belts, Renee and Meredith keep in touch as often as possible, via social media and email, and they aim for four visits a year.  Their successful open-adoption relationship has been molded entirely by them.

“It’s what we wanted. We learned to know what felt right for us,” Renee says. “I wanted Joie to be able to get the answers she wanted and never have to [worry].”

Initially, Meredith and Renee aimed to meet up four times a year, though this became tricky when Meredith gave birth to triplets when Joie was just 18 months old.

“Our family changed when the triplets were born,” Meredith says. “But Renee and I are Facebook friends, so I’m constantly posting things there and she comments on them. We probably talk most often through that.”
For Renee, being able to see updates of Joie’s life regularly helps to maintain their open-adoption relationship, even when life prevents them from getting together.

“They all know where she is and what she’s doing. It’s like another extension of the family,” Renee says. “People have no idea how great social media is.”

Just as Meredith’s life changed with the arrival of the triplets, Renee’s also changed with her new marriage when Joie was about two years old. Meredith and Joie both attended Renee’s wedding.

“I know [Joie being there] meant a lot to her and I wanted to give that to her,” Meredith says.

Though life has changed for both families, Meredith and Renee still remember the reason for their ever- evolving relationship: Joie.

“From the start we said we were going to do this for the love of this little girl and what would be best for her,” Meredith says.

For Joie, that means twice as much love and support and never needing to wonder about where she came from or why she was placed.

“For every major milestone that she has, I want Renee to be there if she can. I want her to see it,” Meredith says. “Joie is her daughter, too.”

2016 update on Meredith, Joie, and Renee

Two years later, the family’s open adoption relationship is as strong as ever. Meredith and Renee stay in touch, and Joie, now 8, sees Renee—who she calls Auntie Ne—often.

Recently, Renee stopped by for a short visit with Joie and her sisters. Says Meredith, “it was great for her to see Joie in her home environment and interacting with her sisters, riding her bike, doing kid stuff.”

Facebook still has a central role in the open relationship. Meredith usually shares big moments in Joie’s life with Renee—but they don’t talk every day. Facebook captures the smaller moments, and the two are able to stay connected through this social platform. Joie also has birth sisters, and as young, busy adults, they haven’t been able to see her as much as when she younger. Facebook is helpful in this way, too.

As for Joie’s home life, she has been thriving. She loves her sisters and the four get along well, although not without occasional arguments like any sisters have. This summer she is playing golf and basketball. The family is very active too, and they take frequent trips to the pool.

The family recently attended a ceremony at the hospital where the triplets were born and where Meredith and Ryan lost their first child. Taking place in the hospital’s garden, the ceremony included a butterfly release to honor children lost before or at birth. Says Meredith, it was a great way for the girls to see where they came from and understand their individual stories.

“It was a really great moment,” Meredith says. “The girls had a good time.

Joie has adjusted well to her adoption story. She has a basic understanding of adoption and the role Renee has in her life. She hasn’t had too many questions so far, but Meredith anticipates more as she grows older. In particular, she worries about when Joie will begin to wonder about her birth father. However, Meredith is confident with the help of Renee and of The Cradle staff this will be another minor hurdle, and a learning opportunity.

“The continued love and support that we built for her, it just keeps growing, and we do it for the benefit of her,” says Meredith. “It’s working and I don’t see that changing. It’s been wonderful for her.”