MEANT TO BE: THE CICHONS’ ADOPTION STORY 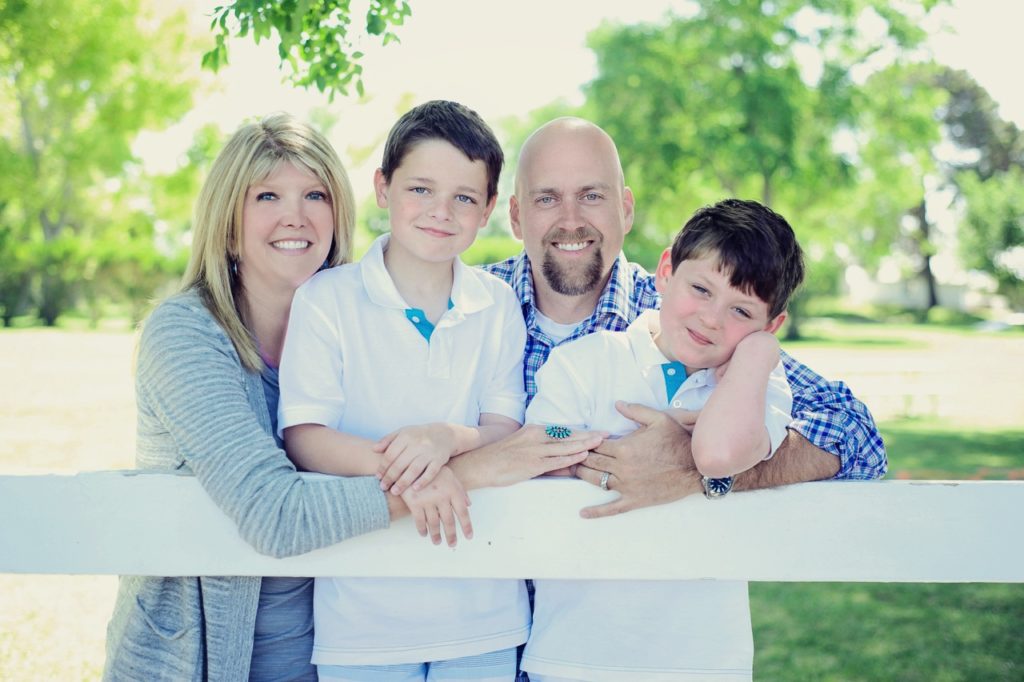 “I truly believe when your baby is born, you are put together as a family,” says Cradle mom Heather Cichon. Her family, which has been complete since they adopted their second son in 2007, was meant to be, she believes.

Heather and her husband, Keith, chose adoption because Heather has a rare heart condition that would have made pregnancy a major risk. Because the two, who both are from the Chicago area, had grown up hearing about The Cradle, the choice of an adoption agency was easy. At first the couple wanted to adopt through The Cradle’s Russia program, but when their counselor suggested looking into the domestic program, they agreed to try it out.

“I said I would try it for one year,” said Heather. “If nothing had happened by then we were going to adopt from Russia.”

They never reached that limit. In October 2004, just nine days after the Cichons finished their homestudy and went on the waiting list, they brought one-month-old Adam home.

Creating a family through adoption, Heather believes, is not unlike creating one biologically. One difference is that there may be less time to prepare. She didn’t talk about it a lot with others during the process and she and Keith decided not to set up a nursery so there wouldn’t be any reminders. When you’re pregnant, she explained, you have nine months. When you are going through the adoption process, you don’t know when your child will be born.

Happily for Heather and Keith, the wait for their second child was only three months long. Nathan joined the family 2 ½ years after his big brother Adam, making the Cichons the proud parents of two young sons.

“I always knew I wanted two kids, but I didn’t know I wanted two boys,” Heather said. “I had wanted a girl at some point, but once Adam was in my arms, I thought, if I had limited myself to a girl, I wouldn’t have him. When we adopted a second time and got the call about Nathan, I was like, ‘I’m going to be the mom of boys.’ And they are both so spectacularly delicious I can’t stand it. There is no doubt they are our boys.”

The Cichons have established a positive open relationship with Adam’s birth mother. The family sees her three to four times a year, and often her son, too. They all attended her wedding last July. Nathan’s birth mother is not in contact with the family, something he sometimes asks about.

“I tell him all the time, ‘Well first of all I love you and she loves you, so you have a lot of people loving you. When she is ready to meet you, she will,” Heather said.

Like many families formed through adoption, the Cichons encounter questions, which they are happy to answer. There are two things, however, that really bug Heather.

“I don’t like when people say, ‘Oh that’s so great of you,’” she explained. “I’m totally the luckiest person alive. I didn’t do anything–the birth moms are the ones who sacrificed and made these hard decisions. Also, I don’t like referrals to an ‘adopted child.’ You don’t say ‘a child by cesarean section.’ I think it’s putting a label where there doesn’t need to be one.”

The Cichons have been monthly donors to The Cradle Foundation since 2005. They often come to Evanston to attend events and workshops, and Heather is a speaker with The Cradle’s Volunteers for Adoption Education program. Adoption is an important part of their lives and it is something they celebrate.

“I’m guilty of telling the world that my boys are adopted because I’m just so proud,” said Heather. “They’re getting to the age where they want to tell their own story instead of me blurting it out. I think our story is just so wonderful and they are so great and I want to spread it to the world.”