MEANT TO BE: THE NIEMIS’ ADOPTION JOURNEY 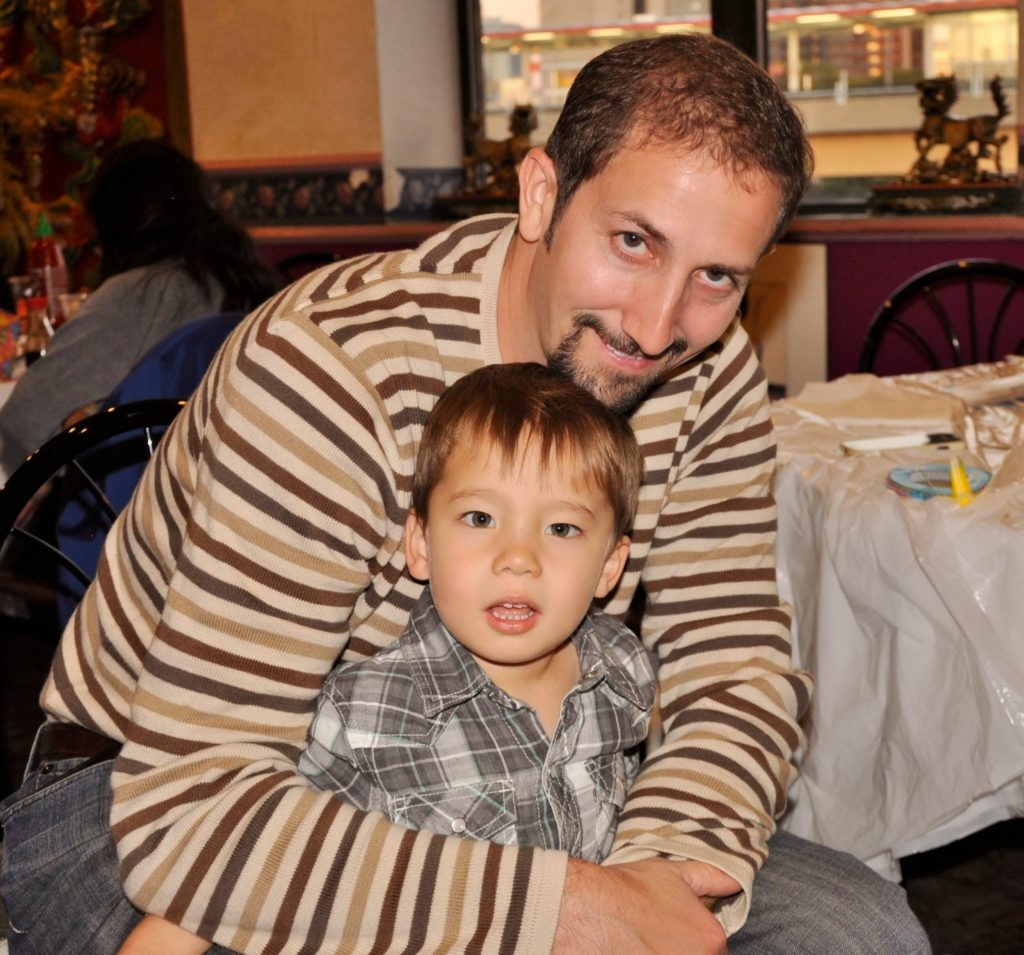 Published January 2014
By The Cradle Staff

A family sits around a picnic table at the zoo. There are older members and younger members, Asian members and Caucasian members. Everyone talks and laughs as they pass the baby around. It’s a happy picture, but one question immediately comes to mind: what brought all of these people together? The answer, of course, is adoption.

Jill and Ross Niemi are Caucasian while their adopted sons, Ethan and J.P., are both half Korean, half Caucasian. The children are not biologically related, but they are truly brothers. Both boys’ birth families are important parts of their lives, and happy gatherings like the one at the zoo are common. Before Jill and Ross put this beautiful family together, though, they had to weather more than their fair share of heartbreaks and tough times. But, as Jill says, “Once you get to be a parent, it’s worth every little bit of what you went through.”

When the Niemis learned that they would not be able to have biological children, they looked into other ways of becoming parents. Their pastor directed them to The Cradle where they began to learn about the adoption process. Jill grew up in a family that had already embraced adoption, while Ross had some hesitation about openness. The Cradle classes brought him on board completely. “It was easy to make the decision to adopt,” says Jill. “It just wasn’t easy to get to the end.”

Things started out very quickly for Ross and Jill – shortly after completing their home study and going on the waiting list in January 2008, their profile was chosen by a birth family. After delivering the baby, however, the mom decide to parent.

“It is always challenging for an adoptive family when a birth mother has a ‘change of heart,’” says Linda Hageman, Vice President of Adoption Services for The Cradle. “We try to prepare our prospective families for the possibility, but we also understand that they can’t help but get their hopes up when they are chosen. Most families do realize that if a birth mom feels comfortable enough to choose to parent, it shows how much support she has received. It also gives families confidence that birth parents who ultimately choose adoption are making an informed and un-coerced decision.”

Instead of letting the change of heart crush their hopes, the Niemis continued to move forward with the help and support of their Cradle counselor. But it didn’t get much easier. The couple’s profile was presented to more than 20 birth mothers over the course of nearly 2 ½ years before they were matched with their first son, Ethan. “We got used to receiving a call saying we weren’t picked. It was very disheartening,” says Jill.

When THE call finally did come in late spring 2010, Jill and Ross tried to keep their emotions in check. They knew there was a chance that Ethan wouldn’t be coming home with them, but they were also beginning to imagine this baby as their child. When the decision was finalized, and Ethan officially became their son, it felt like a huge sigh of relief mixed with joy. Jill clearly remembers that day: “Ethan was in his carrier while we waited for Ross to get the car. He looked up at me and it was as if he was thinking, ‘Okay. I’m going home now.’ When we got home, it seemed like he had always been there.”

A year later, the Niemis felt ready to jump back into the adoption process. “We knew we wanted more than one child, so it was an easy decision,” says Jill. They were excited, but after their experience adopting the first time, they were also wary. “With the first adoption, it was like ‘ignorance is bliss,’” Jill explains. “But knowing the potential heartache involved made it difficult going into this for the second time. It was that much sweeter, though, when we got J.P.” This time, the Niemis waited a year and nine months.

J.P. (a nickname for John Philip) was born in March of 2013 and spent five weeks in The Cradle Nursery while his birth parents visited daily, agonizing over the life-changing decision before them. Their story is all the more poignant because J.P.’s biological father was himself adopted from Korea as a young boy. Still, J.P.’s birth parents knew that while they desperately loved their son, they were not able to provide the kind of life he could have with Ross and Jill. They made the decision to place their baby with the Niemis.The Niemi’s made an adoption plan through The Cradle

Jill describes the placement day on April 19 of last year as “bittersweet.” The Cradle facilitated an entrustment ceremony that allowed J.P.’s birth parents to consciously place their child in the Niemis’ arms.

“While it was the most exciting day for us, you know that for them, it was the most difficult day,” Jill observed. “But the post adoption support our birth mothers and birth families have received from The Cradle has been just wonderful.”

Today, the Niemi family of four is actually part of an extended family with many members. Both birth families are very involved in Ethan and J.P.’s lives, and their parents greatly value this openness. “It’s just more people loving these kids,” says Jill.

Their support system extends beyond family as well. The Niemis are part of a group of Cradle parents who met during their pre-adoption classes and whose families still get together often. Although it was hard to watch their friends complete their adoptions before they did, Jill and Ross say it kept them focused. “We’d get together with our Cradle group and see that this is why we were going through it,” says Jill. “Eventually we, too, would have our baby.”

While it took the Niemis quite some time to build their family, that fact is no longer important. Now, the most important things are Ethan’s conversations, J.P.’s laughter and the love that these boys get from the many people in their lives. “I think there’s something going on out there,” Jill says. “I’m not sure what, but something decided it was meant to be, all of us together. We’re one big, happy family.”

The Niemi family attended The Cradle’s Autumn Moon Festival for families with children of Asian descent on October 26, 2013 in Chicago’s Chinatown neighborhood. In the photos above and below, Jill is holding 7-month-old J.P., while Ross holds Ethan, 3.