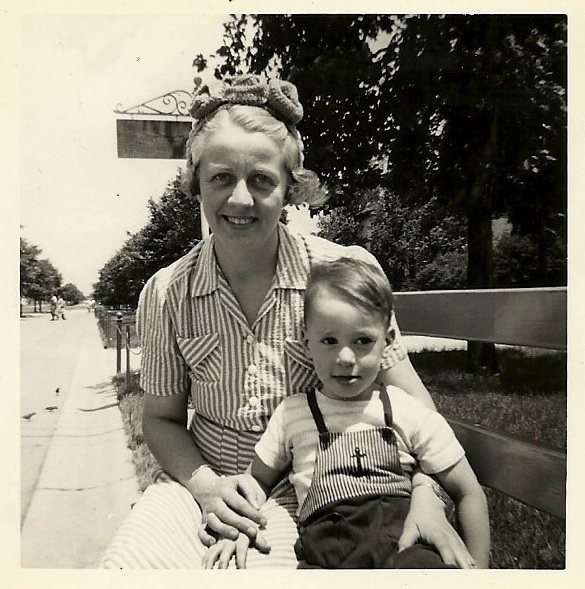 Father Bob Woodbury knows adoption from two perspectives. A retired Episcopal priest, Fr. Woodbury was adopted through The Cradle in 1941. Thirty nine years later, he became an adoptive parent when he brought his second daughter, Joanna, home from The Cradle in December 1979.

“It was December 12 when I met my daughter, in the same room where my parents had met me in 1941,” Fr. Woodbury remembers. “It was one of the most exquisite and lovely experiences of my life.”

Bob’s becoming an adoptive parent almost didn’t happen. He and his then wife had been trying to have a second child and their older daughter, Sarah, was eager to be a big sister. They called The Cradle and at first they were told no.

“At that time, in the late 1970s, there were fewer children available for adoption. The Cradle had a policy that if a family already had a biological child, preference was given to childless couples,” Fr. Woodbury recalls. “But when I mentioned I had been adopted through The Cradle, the person on the phone said, ‘Just a moment…’”

Bob learned that special exceptions were made for Cradle babies seeking to adopt. The couple began the process, and one year later (on Bob’s 39th birthday) they received the call– there was a baby girl for them. They drove to Evanston and picked up the little girl, whom they named Joanna.

“In biological families, people talk about having certain bonding experiences by sharing a bloodline,” Fr. Woodbury says. “It has been a very special bonding experience for me to have a daughter who came from the same place that I did.”

Fr. Woodbury was raised in Elmhurst, where he was the only child to Arthur and Lucile. Adoption was a comfortable and familiar topic in his family’s home, and he grew up always knowing he was adopted.

“My parents always told me that I was special because I was ‘chosen’ and they didn’t just have to take what they got,” Fr. Woodbury recalls. “I always felt that way. I was very much their child, very much a Woodbury, and a Knowlton on my mother’s side. When I did my genealogy, those families were the ones I researched.”

Fr. Woodbury remembers visiting The Cradle once when he was 8 or 9, and being very impressed by the formal and impressive building. “I was also very much aware of the movie stars who adopted through The Cradle, and I got a kick out of knowing that I could have been Bob Hope or Donna Reed’s son.”

As a young man, Bob attended Elmhurst College. “I planned to work for the Santa Fe Railroad, but after college I felt a call to ministry,” Fr. Woodbury explains. “I was ordained a priest in The Episcopal Church 46 years ago this year.”

Fr. Woodbury spent most of his ministry in the Midwest, evenly split between parish work and chaplaincy in church-related retirement communities. While officially retired, he is busy with volunteer activities, including chairing the Friends of The Cathedral Music at the Cathedral Church of All Saints in Milwaukee, Wisconsin. He also stays busy being a grandfather to Joanna’s two children, including Netsanet, his four-year-old granddaughter adopted from Ethiopia.

Bob has made it a priority to support The Cradle through annual gifts.

“I give out of a sense of appreciation for my life,” Bob says. “I don’t know where I would be if I hadn’t been placed with my parents. What would that life had been like? The life that I have today was made possible by the fact that I was adopted and The Cradle was there to make that happen.”