NO LIMITS: AN INCOMPARABLE CRADLE MOM 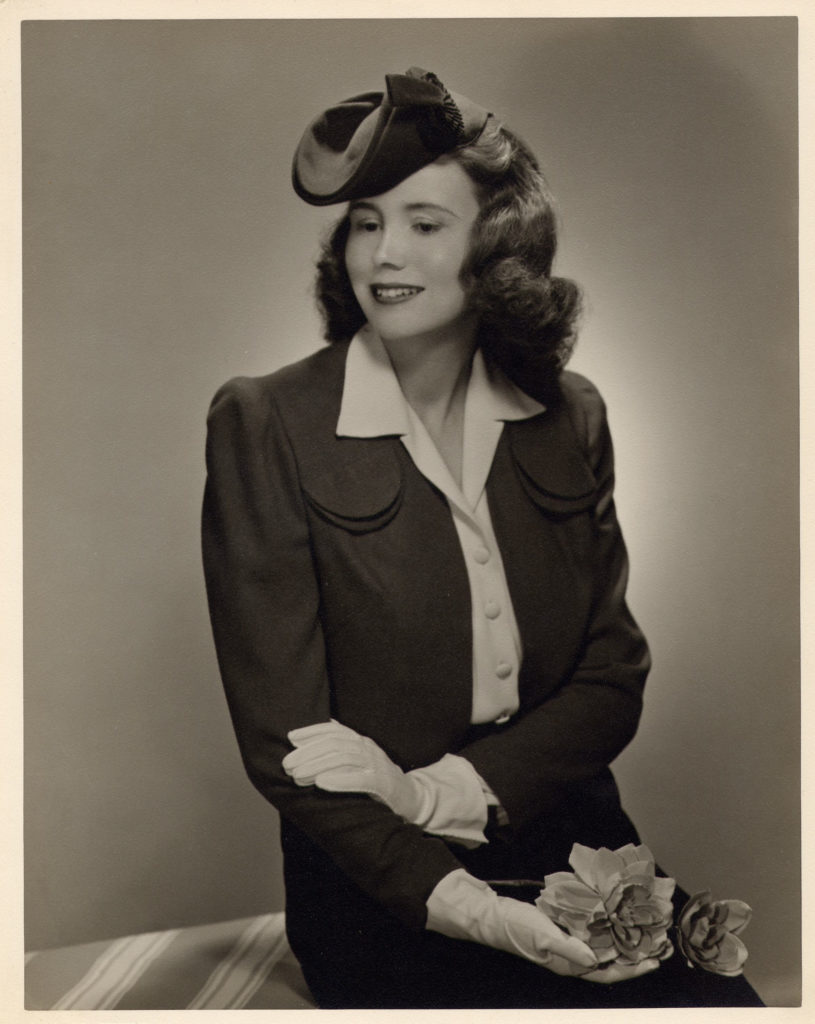 Cradle adoptee and recently appointed Cradle Board member, Stuart White, says that The Cradle took a risk when they placed him at six weeks of age, over 67 years ago, with a mother who was blind from birth. But it was a carefully calculated risk. After just two visits to the Detroit home of prospective parents Margie and Gene White in the fall of 1947, The Cradle’s Ruth McGee was convinced that Margie was clearly up to the task.

“Mothers at that time were viewed as having no boundaries to their abilities,” Stuart explained. “Ruth McGee was the social worker assigned to my family. In doing the home visits I’m certain she had many things to look for: Could this blind woman take care of me? Could she change my diapers? Prepare the food? Could she do all the things a sighted person does, without thinking twice? My dad had a company to run, so could a blind woman take on all of these challenges without another adult in the house?”

Years later, Margie told Stuart that although Ruth was reluctant at first, she quickly put aside her reservations. “The Cradle discovered that my mother didn’t have boundaries,” Stuart added with pride. It was because of his mom that Stuart decided to become more involved with The Cradle and increase his giving – to honor the remarkable person she was.

Margaret Jean Cogsdill was born in 1920 with holes in her retinas – an irreparable condition. Her parents never considered her to be disabled, though, and encouraged her independence. She went to a public school in Detroit that had 80 kids in the classroom. When the family moved to a lakeside community, her parents gave her a canoe which she paddled, solo, while her dog Brownie barked from the shoreline to guide her. Her father, Stuart, introduced her to golf – a sport she played passionately until she was 81 – and he reluctantly pulled her behind the motorboat as she became accomplished at water skiing. Margie was also an avid cross country skier (once competing in a Colorado race for blind skiers), skater, swimmer and fisherwoman. The lake was her stage.

She earned a degree in Economics from Mt. Holyoke College (taking the train to and from Massachusetts on her own) and in 1943 married Gene White, whom she’d met at a party in Grosse Pointe. It was WWII and Gene was just days away from shipping out to the Aleutian Islands, so the wedding took place in Everett, Washington, where he was stationed.

During the war years, Margie worked at the Red Cross, took graduate classes at the University of Michigan and worked the switchboard at her father’s company, Cogsdill Tool Products.

Gene returned safely and went to work with his father-in-law at Cogsdill. He and Margie adopted Stuart (named after his grandfather) in 1947 and Stuart’s sister, Cindy, also a Cradle baby, in 1949. Two more children joined the family, in 1958 and 1960, through an agency in Michigan.

“My mother taught us, as little kids, how to ride a bike, play golf, water ski and ice skate,” recounts Stuart. “She also taught us how to fish on the lake and when we didn’t want to put the worm on the hook, she’d say ‘give me that’ and put it right on. She had no fear about those sorts of things.”

The Whites were always very open and honest with their children about adoption and where they came from. As Stuart recalls, “They would tell each of us, ‘You were loved but your mother couldn’t take care of you and we found you. We chose you.’” He also had a vivid imagination as a child, envisioning The Cradle, literally, as a giant cradle that held babies until they were taken out and brought home with a family.

Stuart attended DePauw University in Greencastle, Indiana and on the first day of classes, he met a girl named Suzie who was also adopted and who would become his wife. While he was encouraged to join the family business upon graduation, the corporate life wasn’t calling to him. It was the late 1960s, and as a socially conscious person, Stuart decided instead to become a teacher. After earning a Master’s degree from Syracuse, he and Suzie settled in Ann Arbor, where Stuart taught middle and high school Social Studies until 2002.

Margie, meanwhile, was a very active volunteer, serving on numerous nonprofit boards and helping to found a teen center. In 1962 she received the “Exceptional Woman of the Year” award from the Detroit Rotary Club. When Gene White passed away in 1973, Margie stepped in, assuming the chairmanship of Cogsdill Tool. The company relocated to Camden, South Carolina in 1977 and a year later, Margie married William Walters, Cogsdill’s new president.

By the summer of 1992, after chairing Cogsdill for nearly two decades, Margie, then 72, told Stuart that she was tired. She also told her son that she wanted him to chair the company going forward. He agreed, and for the next ten years while he was still teaching, Stuart shuttled back and forth between Michigan and South Carolina.

Stuart’s first visit to The Cradle since his placement was in 1987. Ruth McGee was still here and talked with him about visiting his parents’ home and how impressed she was by Margie. Although he didn’t return until 2013, he came with a renewed interest. Cradle President Julie Tye gave him a tour and introduced him to Nina Friedman, Director of Post Adoption Support. While Stuart has begun to explore his biological roots, he’s not sure at this point how far he wishes to proceed. He describes The Cradle as “a place of dreams” and is quick to acknowledge what a wonderful life he’s had, thanks in large part to his parents.

“When it became easier for me to start donating, I did, and the reason I started was to honor Margie White,” Stuart said. “No doubt about it. All the issues she’d gone through – and what made me this okay person – needed some kind of return. Her memory was the reason.”

Today, Stuart continues to serve as chairman of Cogsdill Tool, while also chairing the board of Washtenaw Technical Middle College, a Michigan public school academy that enables 10th, 11th and 12th graders to earn college credits. He and Suzie have two children, Megan and Caleb, who are in their early forties. Stuart is looking forward to his work with The Cradle Board and his unique position as the only “Cradle baby” currently serving.

Margie died in April of 2009, a few months shy of her 89th birthday. The following excerpt from her obituary, written by Stuart, beautifully captures the essence of his incomparable mother:

The awkward act of folding a contour sheet or cooking dinner for a family of six or putting a worm on the hook for her children in the boat adrift on Orchard Lake or shuffling a deck of cards prior to dealing them to the Bridge players at her table go a long way in explaining how gracefully Margie navigated in her sightless world. Her amazing mind cataloged volumes of data without visual cues. Her fearlessness in a perilous world inspired all who knew her.