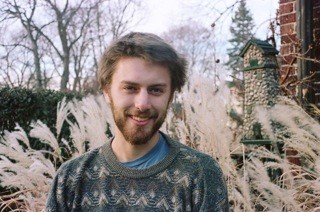 Susan Cahill was very familiar with The Cradle when she and her former husband, Matthew Schaefer, came here two decades ago to adopt a child. Her dad, John J. Cahill II, had been placed through The Cradle more than 50 years earlier, in 1942. But she and Matthew didn’t realize that they would become pioneers of sorts. They took their son Charlie home in 1994, in what would be the agency’s very first open adoption.

Charlie turned 21 in April, and is a junior at Savannah College of Art and Design, studying animation and sculpture. He plans to work in stop motion animation and puppet fabrication after he graduates.

While Charlie says that being adopted has always been part of his identity, it didn’t greatly influence his childhood.

“There wasn’t ever a time I had to become okay with it or learn to live with it. It was there. It was part of my identity from day one,” Charlie said.

He remembers that growing up, he did not feel different from other kids or sad about being adopted. In fact, he felt more special.

“I wouldn’t say I felt different, and if I did it was kind of in a better way, like ‘I’ve got this cool thing.’” he added.

Art has also played an important role in Charlie’s identity. He attributes his desire to become an artist in part to his dad,Matthew, who is a professional artist, and toJason, who also has artistic talent. It was at New Trier High School in Winnetka, Illinois, where Charlie’s passion flourished. He went as far as doubling up on classes and going to summer school in order to have a full year of solely art classes, setting a record for the most art classes taken in one year.

While at New Trier, Charlie was president of the Art History Club and editor-in-chief of Calliope, a literary arts magazine. During his senior year he also managed to attain the rank of Eagle Scout. He has been involved with the Evanston YMCA’s Camp Echo since he was 5, first as a camper and then as a counselor.

Today, Charlie is president of his college’s sculpture club and is currently working on a public art piece. He is also involved in various animation clubs.

Charlie has been able to share his interests with Jason. They meet in person and catch up every so often when Jason comes to Chicago from Washington state where he lives. They also text and video chat regularly.

Common interests, such as strategy games or anything art-related, provide opportunities for bonding. Charlie is currently being tutored by Jason in the ancient Chinese board game, Weichi (“Go”).

“We have excellent communication between us,” said Charlie. “He is someone who is very important to me. Our relationship is more a friendship – a really good friendship – and not so much a parental relationship.”

This friendship holds a lot of significance for Charlie. Growing up as an adopted person, Charlie never felt different or unhappy. His parents’ willingness to be the first to enter into an open adoption arrangement ultimately helped to foster a valuable relationship between their son and his birth father.

For his part, Jason has trouble imagining Charlie’s adoption if it had been closed. “I’m quite grateful for the Cradle’s services in placing him with such a great couple of parents,” he said. “I don’t know how we could have placed Charlie if it hadn’t been an open adoption. The opportunity to stay in touch has been an incredible gift over the years.”

Charlie’s story – the first of its kind at The Cradle – is just one example of openness in action and how it can positively impact both adoptees and birth parents.

Photos from the top: Charlie Schaefer at school in Savannah; with a puppet and stage he recently created; with Jason in December 2014.