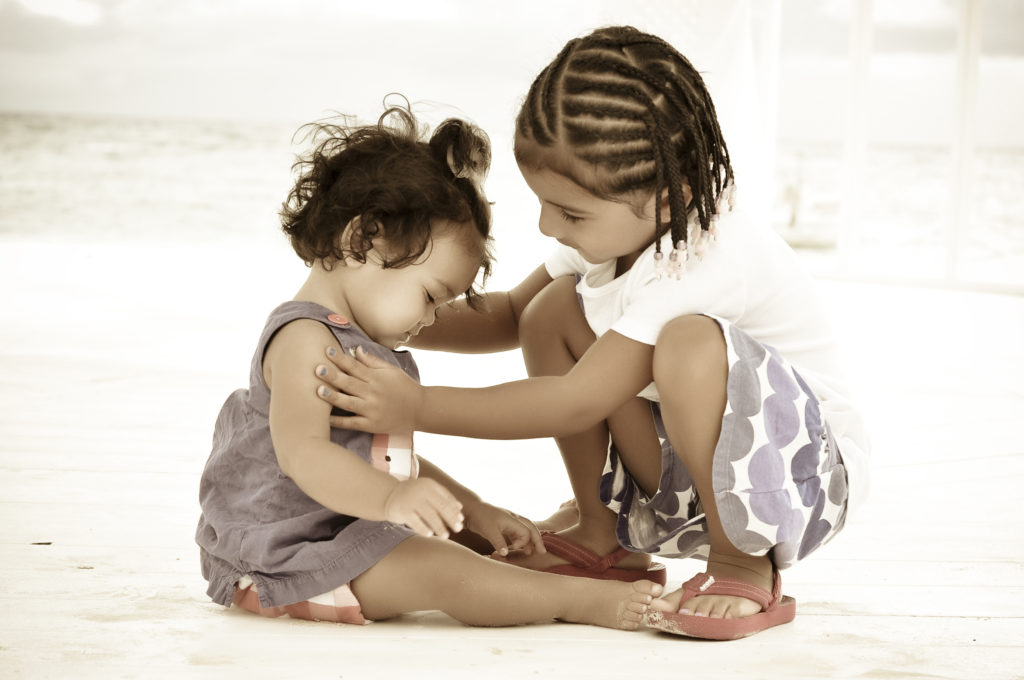 Published March 2014
By The Cradle Staff

It was two years, eight months and nine days before Susan and Dennis Dowdall received the call from The Cradle telling them that Alice was going to be their daughter. Two years, eight months and nine days of waiting and hoping that they would get the chance to be parents. And when the call finally did come, everything changed. As Susan says, “it was the best phone call ever.”

Unable to have biological children, the couple took the advice of friends and turned to The Cradle for help. The classes prepared them for parenthood, and while it was difficult to watch other couples from their classes get chosen by Cradle birth parents before they did, the Dowdalls were determined to stick with it. They knew if they quit, any chance of becoming parents would be lost.

Alice spent a few days in the care of The Cradle Nursery before she went home with Susan and Dennis in February of 2009. During those few days, the Dowdalls, unaware that their luck was about to change, were busy packing their suitcases for a vacation to Ireland with Dennis’ mother. Upon receiving the news about Alice, Dennis called his mother and said, “We have good news and bad news. The bad news is that we’re not going to Ireland. The good news is we’re coming home with a baby.” This good news was the best news, and the family rejoiced.

“I cried when I saw her,” Susan remembers. “I thought she was the most beautiful baby I had ever seen.”

Around a year after Alice joined the family, Susan and Dennis submitted an application to The Cradle to begin the process of a subsequent adoption. They were determined that their daughter would have a sibling.

Again, the wait was hard, but their Cradle counselor, Sue, helped them through the ups and downs. “There are times when you feel like you just want to give up, to let it go because you’re tired of the roller coaster ride,” recalls Susan. “Sometimes you just need a pep talk to keep you hanging on.” On the hardest days, Sue would always be on the other end of the line to give advice and encouragement.

Two years, six months and 10 days after going on the waiting list for the second time, Susan and Dennis welcomed Gwendolyn, Alice’s new baby sister, to the family.

The eagerly-awaited phone call came while Dennis was at work at his firehouse. He happily told the other firefighters, “That was the call! I’m having another baby tomorrow!” For the rest of his shift, all he could think about was “tomorrow, tomorrow – tomorrow is still 24 hours away.” But before he knew it, it was tomorrow, and his second daughter was in his arms after her six-week stay in The Cradle Nursery.

Although both of the girls’ adoptions are closed at the request of their birth mothers, Susan and Dennis hope that their daughters’ birth moms might one day welcome an open relationship. Until then, adoption is such a regular part of the girls’ lives that most of their questions can be answered. Two other children in Alice’s group of neighborhood friends are adopted; one of them is a Cradle baby. To stay connected, the Dowdall family also attends Cradle events throughout the year.

“It’s nice to have people around you who also know adoption,” says Dennis. “You went through all of the same stuff, so in a way, you’re family.”

Susan and Dennis have a close-knit relationship with many of their neighbors. When Alice, who turned 5 in February, accompanies her dad on daily walks to the local park, she chatters away with the adults, holding her own in any conversation. Alice’s parents enjoy her curious streak and hope that it continues. They also hope that Gwendolyn, who celebrated her first birthday in January, will share her sister’s curiosity and that both girls will understand the importance of self-respect, compassion, and creativity.

Even though the Dowdalls had to wait over two years for each of their beautiful daughters, they wouldn’t have it any other way. As Susan explains, “I look at my kids and I am so grateful I had to wait that long because I wouldn’t have these two if it had gone any other way. I do believe that whatever is meant to happen, happens.” And Susan, Dennis, Alice and Gwendolyn were meant to be a family.