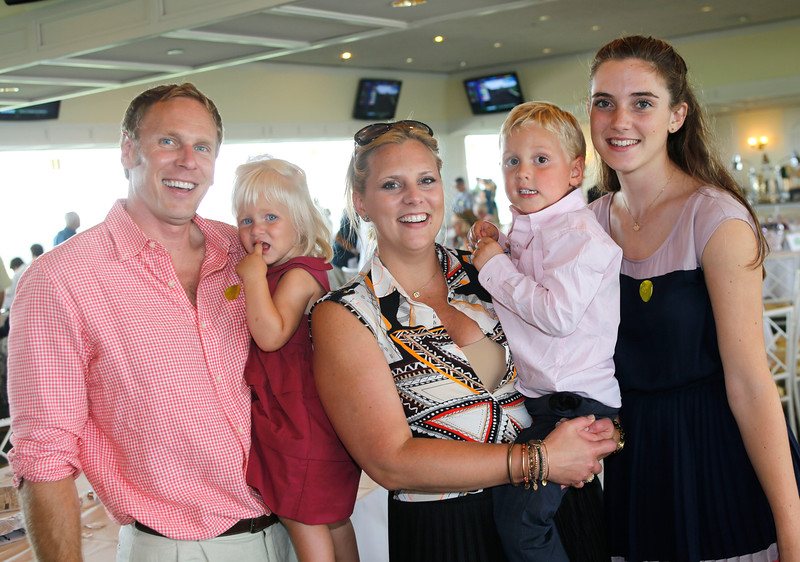 Heather Cange was a college student at North Park University in 1999 when she became pregnant. After telling her parents, they introduced her to The Cradle to explore her options.

Heather felt overwhelmed and pulled in many directions. Everyone had an opinion about what she should do. Her college friends didn’t understand what she was going through, her parents had strong opinions, and at the time the birth father wasn’t in the picture.

The Cradle provided her a sanctuary. Heather remembers her expectant parent counselor, Joan, listening to her feelings and helping her understand how The Cradle could help her come to a decision that was best for herself and the baby, rather than telling Heather what to do.

“What Joan did is really teach me, at the end of the day, to believe in me,” Heather said. “We worked together every week and she is someone who I can truly say was pivotal in my life.”

During the beginning of her counseling Heather had chosen to place her baby – she had even picked an adoptive family for her. The months of counseling and preparation at The Cradle came to a head when her daughter, Hayley, was born. Although the plan had been adoption, Heather ultimately made the decision to parent. Throughout her counseling, Heather learned how to trust herself. After listening to God and her newborn daughter, she began to understand the true responsibility and joy that comes with parenting. She knew she could do it.

“It wasn’t until that night after I gave birth, when I was alone and the weight of the entire nine months finally hit,” Heather said. “Without The Cradle counseling, I don’t think I would have been able to sort through what thoughts were my own versus the thoughts and opinions of others. There were just so many conflicting feelings.”

To Heather, graduating college was of the utmost importance. Knowing that she could still support her daughter while being true to her life goals was a huge factor – especially with the support she received. Her teachers allowed her to move her schedule around to accommodate caring for her newborn baby. She graduated as expected in 2000 when Hayley was nine months old.

“You have to make the best decision for you, but ultimately it’s going to boil down to whether you can provide for your child,” said Heather. “I knew that I had that motivation and that I was mentally prepared to parent.”

Sixteen years later, Hayley is a junior at Saint Ignatius College Prep. Heather and her husband, Jason, whom she married nine years after Hayley’s birth, have two other children: Lucas, 4, and Kendall, 2.

Although the road was difficult as a single parent, Heather and Hayley both appreciate what it means to parent. Because of this, Heather believes Hayley has a better perspective as a teenager of what difficulties can arise from unplanned pregnancies.

“Knowing her background has given Hayley caution and a sense of responsibility,” said Heather. “It’s also given us both a sense of pride. She knows she’s part of The Cradle family.”

Heather became Vice President of Sales at CareerBuilder and was brought back to The Cradle when a fellow employee approached her with questions about adoption benefits. After much conversation, the two discussed Heather’s experience many years ago. Heather even told her co-worker about The Cradle and the reasons that he should look into the agency.

When the couple ultimately adopted through The Cradle, Heather felt as if her experience had come full circle. She felt she owed The Cradle for helping her through such a difficult decision, and she wanted to give back. Then she found The Cradle Associates Board.

“I love being on the board,” said Heather. “It’s a pivotal time to be on it because the Internet has changed the adoption process so much. It’s important to get involved because people don’t realize how prevalent Internet adoption has become. They don’t understand its pitfalls.”

To continue to give back to The Cradle, Heather has some advice for women facing unplanned pregnancies: Ask for help.

“Often women think they only have two choices – parenting or an abortion – but there are three choices, and all are difficult in their own way,” Heather says. “Choosing adoption for one’s child is a true sacrificial gift.”

Reaching out allows women to be free of others’ advice and biases. The Cradle can help women truly get in touch with their own feelings and make informed decisions regarding their future.

“If it wasn’t for The Cradle’s confidential, free counseling services, I would not have not been able to mentally prepare for the rest of my life,” Heather said. “I also wouldn’t have been able to make such a difficult – and rewarding – decision.”