THE MARTIN FAMILY: WHAT THEY’RE DOING TO HELP 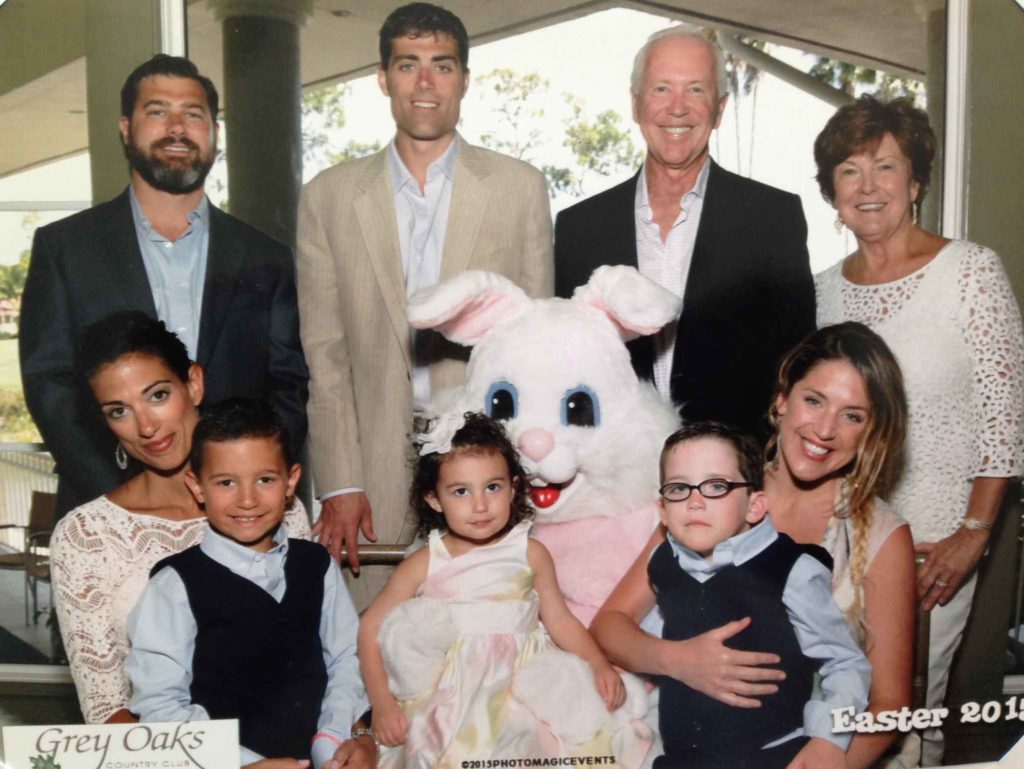 Janet and Bill Martin raised their two Cradle babies, Brian (1977) and Suzanne (1979), in New Jersey and have now retired to a spacious home that can accommodate them, their kids and spouses, and three grandchildren all together. Janet loves having all of them over at the same time. Her own mother lives nearby, too, and Janet visits her often.

Bill retired from healthcare publishing where he built a successful career starting and selling companies. Over the years, he and Janet have been very involved in their local community, but family time is their favorite form of recreation. Son Brian has a background in finance and has been working for Thomson Reuters the last six years. He and his wife have two children and live not far from Bill and Janet. Suzanne has one child and also lives nearby. Bill and Janet could not be more proud as parents and grandparents.

On a recent visit with a Cradle Foundation officer, they enjoyed hearing more about The Cradle’s history. They learned about the pioneering efforts of Cradle founder Florence Walrath to reduce infant mortality in nurseries across the country in the 1920s and 1930s. They learned about a critical time in the early 1990s when The Cradle’s Board stepped up to save The Cradle when there were steadily declining numbers of babies available for adoption. Bill’s gut reaction was “Wow, it would be a sad day if The Cradle closed!”

Talking about Cradle programs of today, Janet and Bill learned all of the details that go into each adoption, and that it actually costs The Cradle more for each adoption than the fees cover. Again, their reaction was from the heart:

“I don’t think parents know how much it costs to operate The Cradle,” Bill said. “They just need to be reminded to give!”

Then he asked a very good question: “What do you hope parents would do to help?”

Bill made so many memorable observations during this visit, but his last question was the best of all. He asked, very seriously, “What do you hope that we do to help The Cradle?” He and Janet didn’t even think twice about saying “yes” to the giving level that was requested.

We are very grateful to the Martins for their support and encouraging others to do the same. What do you hope to do to help The Cradle?

To make a gift online or to learn more about making a planned gift, please visit www.cradlefoundation.org.