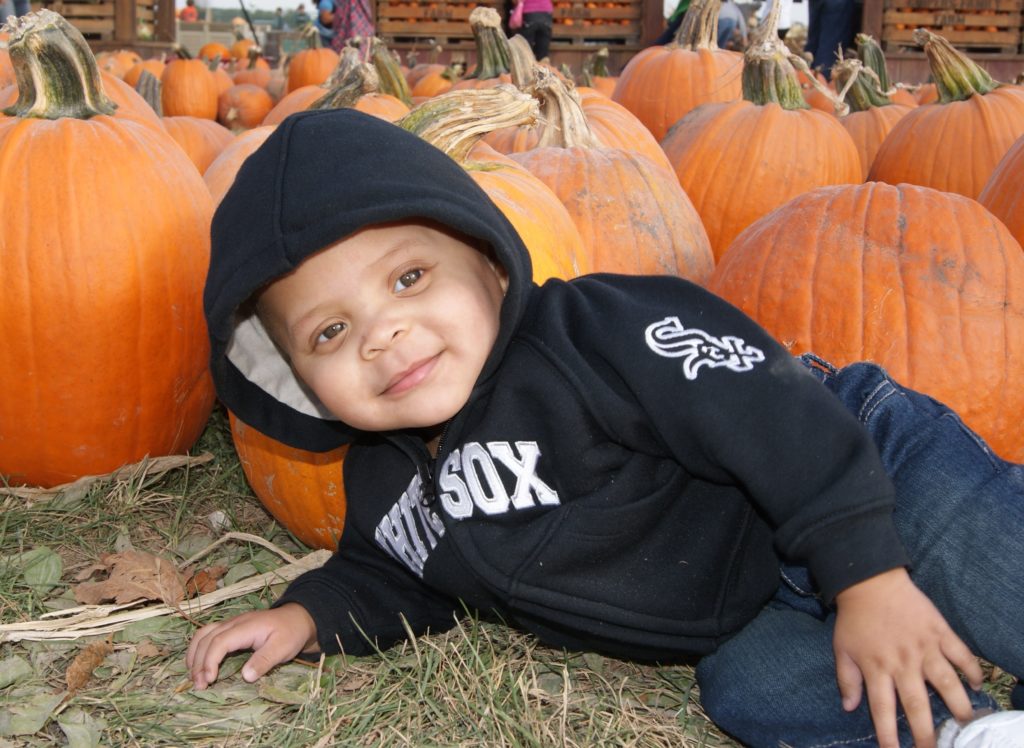 Published January 2011
By The Cradle Staff

Baby Griffin was born on December 24, 2009 and went home with his parents, Raegan and Keith Mayfield, on New Year’s Eve day. It has been quite a hectic year in the Mayfield household, and an especially busy holiday season as Griffin just celebrated his first birthday – and took his first steps!

Raegan Mayfield learned about The Cradle through a law school friend, Holly Bailey. Holly and her husband, Will Deeds, adopted their daughter Lizzie through The Cradle in 2007 and had very positive things to say about their experience.

The adoption process moved quickly for the Mayfields. Raegan and Keith attended a Sayers Center information meeting in March 2009 and received a call the following November that their profile had been selected by a birthmother. They met with her, and the birthfather, over lunch and everyone got along well. “She was great,” Raegan said. “She’s a very artistic person and we though it was a good match.”

Raegan describes the pre-adoption educational process as enjoyable and very helpful. “Not having gone through this before,” she said, “it really explained how and why open adoption works.”

The baby was supposed to be born in mid-January but he arrived in the world on Christmas Eve, 2009. “We were definitely surprised,” Keith recalls. “Griffin decided to make an appearance.”

Life has certainly changed for the Mayfields since bringing Griffin home. “He’s the center of everything we do,” Keith said. “It’s about finding the balance,” Raegan added. “Work has become secondary.” She feels fortunate to be working close to home and to have her mother as Griffin’s daytime caretaker. Grandma, however, whose only other grandchild is now 18, is a complete pushover. “Mom is so thrilled with him,” Raegan said with a laugh, “and she refuses to provide any discipline.”

Last June, the Mayfield family had a nice visit with Griffin’s birthparents and their 18-month-old son, Griffin’s biological brother. Raegan and Keith send a quarterly e-mail update to the birth family with new pictures of Griffin.

According to his parents, Griffin is a “rough and tumble” little boy who loves his trucks and toys. He also loves music and dancing – and the phone. As we talked, Griffin was singing happily in the background. He’s “very determined,” Keith observed, “and never quiet.” Griffin began walking on New Year’s Day and, in addition to “Mama and Dada,” his vocabulary includes the words “cat” and “dog” (the family pets) and “Santa.”

And how was Griffin’s second Christmas and first birthday? ”It was crazy,” Keith declared. The celebration began on December 18 with an early birthday party at the Jump Zone, complete with 15 kids and an Elmo cake for Griffin to “smash.” Then the family “rolled right into Christmas” and the New Year, watching Griffin take his first steps on January 1. “We went from a house with space to a house filled with toys,” sighed Keith.

The Mayfields had already been out the morning we spoke, shopping for the next sized car seat for Griffin at Toys ‘r Us – a place of limitless delights for the busy toddler. And what was on tap for the rest of the day? Family time, a nap for Griffin and “lots of football” for Mom and Dad!