THE UPS AND DOWNS OF SEARCHING – JOEL’S STORY 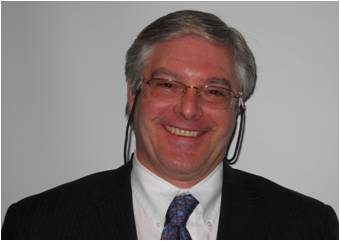 Published May 2013
By The Cradle Staff

Cradle adoptee Joel Solomon always knew he was adopted; he even knew his birth mother’s name – but that was all the information he had. “My parents gave me everything – I was never in need of anything – so I never wanted to search while they were alive.”

After Joel’s parents passed away, he asked The Cradle to help him look for his birth mom. He wasn’t overly hopeful for a wonderful reunion and knew that after many years, connecting might be difficult. Although Joel had a realistic outlook, it was clear he hoped for a connection.

“It’s really important to be prepared for what you might find out when you search – either for information or people.” Nina Friedman is Director of Post Adoption Support at The Cradle’s newly launched Center for Lifelong Adoption Support. “It’s important for us to talk about your hopes, your fears, and what you might find. Then, no matter what comes your way, you’re ready – you may still be disappointed, but we’ve already talked about a particular outcome, so you’re more prepared.”

Nina helped Joel find out more about his birth parents, as well as the circumstances around his placement in 1952. While the information wasn’t too difficult to find, it did raise a significant fear in Joel: “You don’t want to find out these people didn’t have as blessed and joyous an existence as you did.”

Joel’s search hasn’t been easy. His birth mother has yet to be located; at this point he’s stopped looking for her. His birth father was located, but shortly after his death. Joel’s outreach to his half biological siblings has not been received with a willingness to meet.

While the process hasn’t been an easy road for Joel, he is grateful The Cradle has been by his side. Most of the calls Nina made to Joel delivered news that was hard to hear. And, because of confidentiality, Nina was not able to share much information about the birth family members she found. “She’d been through it so many times, she understood the emotions that come along with the info you receive,” Joel said. “Anyone can give you info, but not many understand how it feels to hear it.”

When Joel hit roadblocks, Nina was able to talk with him about the possible reasons information wasn’t available. With a little digging on his own, Joel discovered who his birth father and family were. When Joel wanted to reach out to his half biological siblings because “I now know who they are, they ought to know who I am,” Nina was able to walk him through the best way to reach out. When Joel came across a picture of his biological father – the most significant part of his journey, he feels – Nina was there with an understanding ear. “When I saw this picture,” he explains, “it was significant. It changes your self image, completely. With my parents, my sister, I’ve never seen that kind of resemblance in my life before.”

While Nina plays a significant role in the search and outreach process for those adopted through The Cradle, she also helps birth relatives and adopted people placed through other organizations. “If you’re going to search on your own, or through another service, you still need guidance and support. I can help people think about what some of the outcomes might be – situations they may not have even considered.”

The photo Joel saw of his birth father had such an effect on him, he decided to write another letter to his half biological siblings, hopeful to meet some of his birth father’s relatives. While his second letter was also met with denial, Joel will consider reaching out again if and when the time is right. “The Cradle has brought sensitivities and experiences that I wouldn’t find elsewhere. There is a lot of comfort in knowing Nina is on my side. There’s no hidden agenda – she is my partner.”

Learn more about services offered through The Cradle’s Center for Lifelong Adoption Support.