WHEN IT’S MEANT TO BE: TEDDY’S ADOPTION STORY 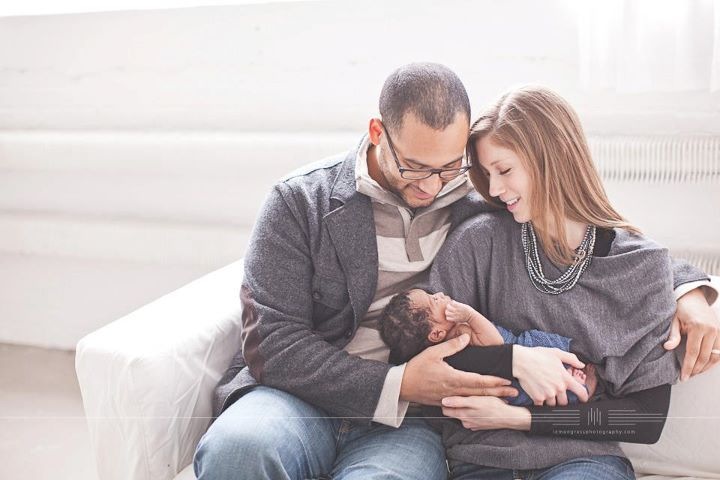 Published July 2014
By The Cradle Staff

When deciding how to start their family, there was no question for Melissa and David Byrn. They wanted to adopt. “We took some time individually to think about and pray about how we wanted to start our family,” Melissa said. “Then we came back together, looked at each other and both of us said ‘adoption,’ so that’s what we decided to do.”

David is an adoptee, which helped the couple determine what they wanted in an adoption agency. They chose The Cradle because of the focus on openness and adoption education.

“When David was adopted, he had a closed adoption,” Melissa said. “So it was really important to us that we choose an agency that believed in openness so that we could give our child the opportunity to know their birth family and for the birth parents to have an opportunity to be involved in their child’s life.”

At The Cradle, Melissa and David learned not only about adoption, but also about the lives of those that adoption had touched. They attended classes for prospective adoptive parents and met with their counselor, who helped them to remain calm and patient during their wait for a match.

Though Melissa and David kept busy during their time on the waiting list, there were periods of anxiety and concern. During those times, the couple turned to their counselor.

“Any time we were feeling anxious, we wouldn’t hesitate to give her a call,” David said when describing how their Cradle counselor helped him and Melissa cope with the wait. They also coped by playing tennis, going on long bike rides and trying new activities.

While challenging at times, the process helped Melissa and David feel stronger as a couple. They discussed their fears openly whenever they felt discouraged. “We just talked about it together a lot and David always reassured me that it would happen when it was meant to happen,” Melissa remembered.

Eventually, the waiting paid off and they received the phone call they had been waiting for.

“It was really a surprise,” Melissa said. “It actually happened the day after we had a change of heart experience, so we were not at that point really expecting another phone call.”

From there, Melissa and David met with their son’s birth mother and together they made an adoption plan focusing on openness. “We always wanted openness in the adoption,” David shared. “That’s one of the reasons why we came to The Cradle, because there is such an emphasis on openness and keeping the birth mother a part of the larger family unit.”

Today, Melissa and David are enjoying life with their son Teddy, now 2 ½, and valuing every day with him. They have delighted in watching him reach each milestone. They also love going on walks as a family – Teddy is a big fan of the outdoors!

“From the moment you meet your baby, it’s your child,” Melissa said. “I don’t think there’s a single minute that I didn’t think of him as our son and love him more than words can describe.”

Though communication with Teddy’s birth mom has been on and off, they often share pictures and exchange emails with her.

“If you really believe in it and it’s what you want to do, you kind of just have to tell yourself that it’ll happen when it’s meant to happen,” Melissa said. “We believed that we would find our child and he would find us when it was meant to be.”