WHEN THE STARS ALIGN: ADOPTING PARKER 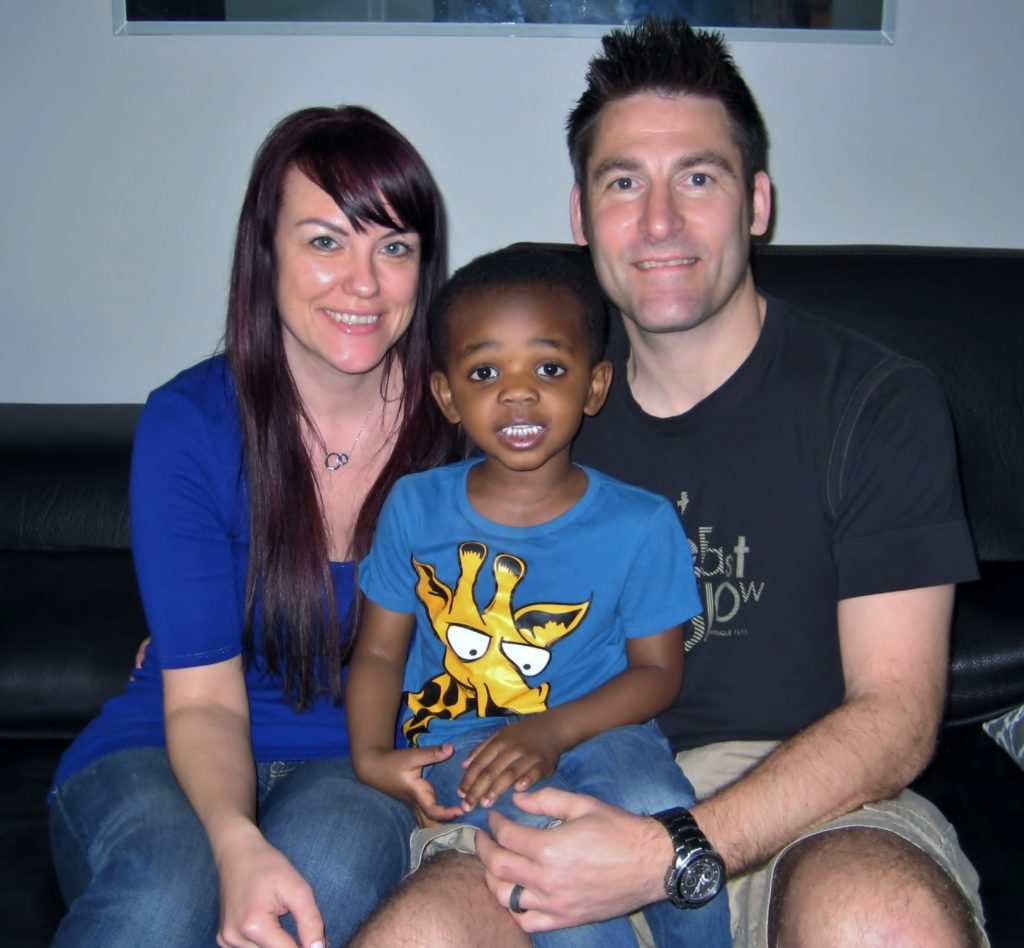 Amanda and Martin Herholdt’s journey to bring their son Parker home was a long and complicated one, spanning nearly seven years – and four continents! While the outcome wasn’t what they had anticipated, they know it was meant to be.

Martin, a native of Denmark, came to the United States in 1999 to work for a Danish company. There, he met Amanda on his first day. A lifelong Chicagoan, she had grown up in the Little Village neighborhood on the city’s West Side. They started dating a year later and got married in 2004.

The couple knew they wanted to be parents and that one day they would adopt. Amanda’s father, her aunt and three of her cousins were adopted. Friends of theirs were working with The Cradle and recommended the agency. In November 2009, Amanda and Martin took the first step and submitted an application to pursue international adoption.

Their approach was a deliberate one. “At the start we were not pushing the process at all – we were just letting it happen,” says Martin. Initially, they were interested in adopting from Russia; however, it became impossible after changes in Russian international adoption laws. Ethiopia was another country the couple had considered. They completed their home study in early 2012 and went on the waiting list, but by that time adoptions from Ethiopia had begun to slow down considerably. Two years passed without a referral. They discussed their options with their counselor, Sue Puffpaff, The Cradle’s Clinical Supervisor of Adoptive Parent Services.

“What I admire about Amanda and Martin is how relaxed and flexible they were through all of these changes, despite the waiting and the repeat home studies.

They were so patient,” Sue observed. China was the next possibility. The couple moved faster this time, assembling a new set of paperwork. They were a week away from filing their dossier when Amanda picked up a voicemail from Sue asking her to call. Amanda knew instinctively what Sue was going to say. “I called Martin and told him, ‘I’ll bet you any amount of money she will ask if we’d consider an African American child around the age of two.” Her prediction was spot-on.

It was an atypical situation for The Cradle, with our primary focus on infant adoption. A young mother had been parenting her child on her own for over two years, without support from her family, and was struggling. She knew about The Cradle and reached out for help. A Cradle counselor provided options counseling with the birth mother while her son was placed with a temporary care family.

For Sue, the Herholdts immediately came to mind. They had been preparing to adopt an older child transracially and had completed the relevant in-person courses at The Cradle, and online courses through the agency’s Adoption Learning Partners program. They said “yes.”

“We had grown over the years and were more open, more ready to take on any challenges that might arise,” Martin explains. When Sue told them that the little boy’s name was Parker, Amanda was stunned. “Way back I used to say, ‘If I have a son I’m going to name him Parker.’”

Immediately, Amanda and Martin put together a profile and photo album and scheduled a first meeting with Parker’s birth mother, which went well. A week later, it was time to meet Parker.

The family that was caring for Parker lived in Little Village, where Amanda grew up. “It’s as if the stars aligned,” she recalls thinking. The first time they walked in the door, Parker called Martin “Daddy.” His host family had been showing him Amanda and Martin’s photo book. Amanda was a little more confusing for Parker, because he had his birth mom and host mom in his life. But he warmed up quickly to both of them. The couple made daily visits to Parker for a week and the three engaged in Theraplay® sessions with Cradle Adoption Therapist Mandy Jones, to help promote attachment.

On August 16, 2016, Parker officially became Amanda and Martin’s son. His transition into their home and their lives was a smooth one, despite everything he had experienced in his 2 1⁄2 years.

Parker turned three in March and is a very sweet, energetic and sociable child who loves his books and trains. Martin describes him as a “Mama’s boy,” but when Daddy is in the room, you are likely to see Parker climbing into his lap. The three traveled to Denmark this spring to visit Martin’s family, and Parker was excited about his first plane trip.

The Herholdt family has had three post-placement visits with Parker’s birth mother. She recently relocated to be with relatives and plans to go back to college. Martin and Amanda know that she loves Parker and wants the very best for him. They will continue to send her updates and ensure that Parker knows his story.

They are also grateful for Sue’s friendship and support over the years, and for the extensive preparation they received. “The Cradle made sure we were ready for any situation,” says Martin. “They were always asking, ‘Do you need help from us?’ We have only used a fraction of what was covered but I think that’s a good thing.”