WHY NORA CHOSE OPEN ADOPTION, “OUR RELATIONSHIP HAS BLOSSOMED OVER THE YEARS” 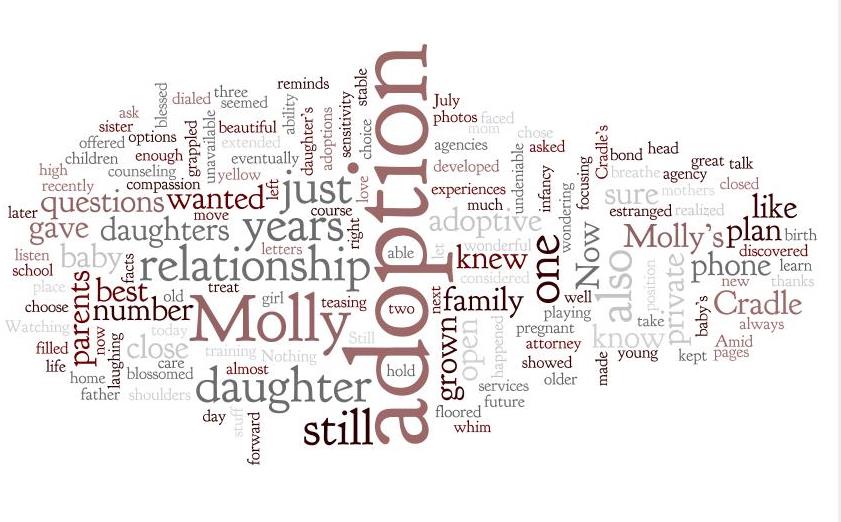 Amid all the questions I faced when I found myself pregnant at 16, I also grappled with a few undeniable facts. I knew I wasn’t in any position to take care of my baby. I was still in high school, and my relationship with the baby’s father had grown estranged. Still, I knew I wanted my daughter to have two parents and a stable home life. So, eventually, I realized adoption would be the best choice for my daughter’s future.

But I wasn’t so sure how to best move forward with that plan. It was 1995, and most adoption agencies were focusing on closed adoptions. I looked at one such agency, and I also considered a private adoption with a family and their attorney. Nothing seemed quite right. Then one day in July, I happened upon The Cradle’s phone number in the yellow pages.

I dialed the number on a whim, just wondering if there were any new options left to be discovered. And sure enough, I still had much to learn. For one, The Cradle offered counseling services and training – an opportunity unavailable in a private adoption. I was able to talk to other mothers about their own experiences with adoption, and ask all the questions I wanted.

What’s more, The Cradle gave me the ability to choose an open adoption plan, so that my daughter would always know me – and know that I love her.

Now, 15 years later, my daughter Molly is almost as old as I was when I gave birth. Over the years, thanks to Molly’s compassion and her adoptive parents’ sensitivity, we’ve developed a close relationship. It started in her infancy, when Molly’s adoptive mom would hold the phone next to her and just let me listen to her breathe. I made a baby book for Molly, filled with letters and photos, and I still have it today. When I showed it to Molly recently, she was floored: “You kept stuff like that?” she asked. “Of course,” I said. “Why wouldn’t I?”

Our relationship has blossomed over the years, and she’s also grown close to the children I had after her. My other daughters are now 10 and 12, and they treat Molly just like the older sister that she is. Watching my three daughters bond, playing and laughing and teasing each other, reminds me why I chose an open adoption in the first place. Now I’m blessed with a beautiful, young girl with a great head on her shoulders, as well as a wonderful extended family.